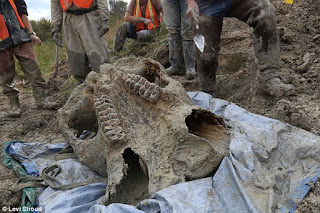 I have an acquaintance who is an expert at Ground Penetrating Radar (GPR).

I got to thinking, Michigan has many thousands of wet, peaty spots were a dead mastodon could have sunk into the ooze. 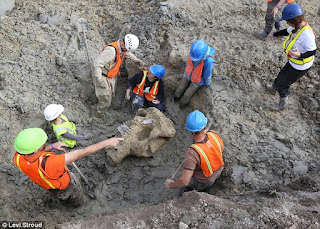 Ancient ivory is a lucrative item in Siberia right now. Why not Michigan? Every few years we hear stories of somebody stumbling across a set of mastodon bones.

I think there are even more cases we don't hear about. Folks are afraid somebody will stop them from digging that pond or maintaining a drainage ditch, so they pitch the bones and ivory into the pucker-brush.

My acquaintance burst my bubble. He said that GPR is useful for finding pipelines and recent excavation because of the variable backscatter in recently disturbed soil. The soil is fluffier and is filled with large air voids.

He said GPR struggles with saturated soils because of the lack of air voids. There are voids, but they are filled with water and the return signal is much, much less clear than on dry soils.