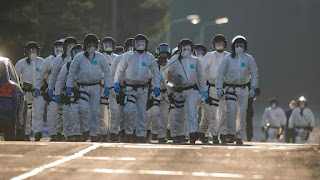 You might as well throw illegal immigrants into the same mixing bowl. They did not get here by following rules and are overwhelmingly young (20s) and male.

It is tough-decision time for the love-them-into-adulthood crowd. Keep enabling or make them comply.

Each parent in traditional, two-parent families has a different role. Most likely, the mother was the font of unconditional love. Dad was more results oriented. Dad did not give you approval if you approximated the position of the stud beneath the OSB when driving a framing nail.

The normalization of the single-parent family and the vilification of all-things-male overwhelmingly meant that parenting styles saw a swift and massive shift shift to "unconditional love", mommy-style parenting as the "correct" way. , and then when the yutes proved incorrigible, the kids were turned out into the street/peer-groups and went semi-feral. Parenting by abdication.


Events like the New York parent who locked out his headstrong, 21 year-old, adult son when he came back from spring break are now considered newsworthy. By law, kids are kept on parents' healthcare plan until age 26, furthering the infantilization of young adults.

How will big cities and other governmental arms respond to the natural and logical consequences of their choices?

Most evidence suggests they are not going to step-up. The lunatics are running the asylum. Authorities are not enforcing separation and curfews because they fear riots. They don't have the political will to use fire-hoses, rubber bullets and even live rounds. At least not yet.

Your mileage will vary. Nobody can watch their own back 24/7. You need family, but it needs to be the portions of the family that won't sneak out and hang with the homies.

If you live near a "sanctuary city", the pinnacle of Mommy-knows-best government, you have my condolences. You are on your own.