I planted eleven persimmon trees out at the lease. Some of them had miserable excuses for roots and may not survive.

I dug up some pawpaw suckers. They will go to the lease as well. They won't go in the fruit planting but beneath the black walnut and elm trees that are east of the planting.

I planted peas in Mrs ERJ's kitchen garden. I think she would be fine if all I planted was one cherry tomato, one zucchini and put the rest to snap peas.

Then I went to Rusty's house and we cut scionwood from a couple of hickory trees for a gentleman in Kentucky. 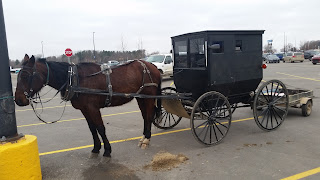 It is a fool's game to try to pick a bottom. My sense is that it still has a LONG, LONG way to go.

The S&P 500 Price/Earnings ratio was about 22 when the market started to puke.

But everybody knows that earnings are going to tank. Who is going to buy crap from Amazon when Amazon cannot get it from China and UPS/FEDEX/USPS are prohibited from making non-critical deliveries? Oh...and no paychecks.

An old rule on Wall Street is to never try to catch a falling knife. I expect the market to catch its breath when the Dow hits 12,000 but then to collapse again into the 7000-to-8000 range. That would be the rough equivalent of the S&P500 pausing at 1500 and then sliding to a floor of 1000.

Would I bet my life on it? Nope. That is why I still have 29% in equities. The central banks could debauch the currency to avoid marking-to-market and price discovery. That would be a mistake because some mortally wounded companies NEED to go under.