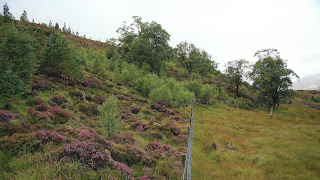 Ireland is a wood-starved country.

Prior to the time of Christ, Ireland was very heavily wooded. The maritime climate was nearly identical to Vancouver Island, British Columbia with 400 tons of woody biomass per hectacre.

Forestry companies, partially motivated by carbon sequestering credits, have been reforesting Ireland with "exotic" species that grow fast and produce high value timber. Sitka spruce and Coastal Redwood are a few of those species.

Some of the local people have been illegally cutting and destroying those trees because, to their way of thinking, the trees are destroying the unique, Irish ecosystems they grew up with.

They object to the fact that the timber companies are planting exotics and would much prefer that they plant from the impoverished palette of inbred survivors that still cling to Ireland: ash, aspen, scrub birch, rowen, Scots Pine.

While I admire the zeal of the people who want to protect the environment, their approach does not consider the second-order affects of their actions. 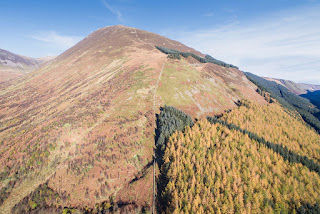 Enough high-value timber must be planted to justify the cost of the perimeter fence. Without a fence, all effort is for naught.

Ideally, birch trees grown from Irish seedstock would be inter-planted with birch from Britanny, Denmark and Latvia and Southern Norway. Same species but from different populations. Given protection, those sites could serve as genesis sites for natural reseeding.

The same should be done for the other species still growing in Ireland and even for expatriated species that are reintroduced. Bring in seed selected from old-growth stands with climates somewhat similar to Ireland's current climate. 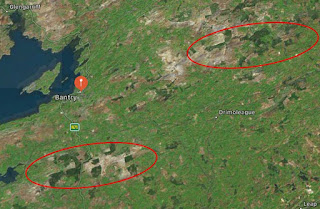 So how overwhelming are these vast, brooding forests of Sitka Spruce that so inflamed the eco-warriors? The darker, green shapes in the red circled areas are probably the stands of Sitka Spruce that motivated Sioned Jones to start destroying other people's trees.
Posted by Eaton Rapids Joe at 11:12 PM