Today's leg was my longest leg at 18.2 miles by the truck odometer.

Architecture
Buildings are an economic response to climactic stresses.  Those responses aret influenced by culture.  The reason they are an 'economic response' is because the builder must comprehend the relative scarcity of various inputs.

One of the things I have been pondering as I walk in the heat are the features in the common farmhouse as seen in south-central Michigan.  A few pictures follow. 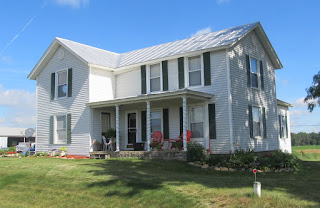 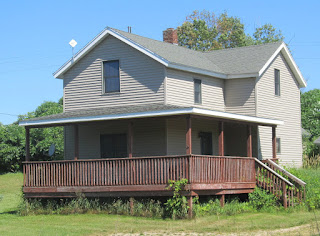 The freight constraint meant that many of them had field stone foundations held together with the very minimum amount of cement.  The foundation was prevented from buckling by backfilling the inside of the wall with fill.

Maximum common board length was 16'.  In those days before trusses, that mean the maximum width of a room was restricted to 16' and more commonly, 12'.

Window were framed into 24" stud spacing.  No cutting or fitting.  Just pick a gap and nail in some horizontals.

Houses were invariably two stories tall and sited on elevation.

"But ERJ, won't that make the house colder in the winter?"

A little bit...but they close the windows in the winter and did not make any attempt to heat the upper story.  Remember, the upper floor had no plumbing fixtures to freeze.

Roofs were invariably "tin".  That is, steel.  They were shiny-galvanized to reflect heat.  Later, they were painted with aluminum (pigmented) paint.

They all had porches.  I was a bit surprised to noticed that there was no preferred orientation for the porch except...facing the road.

Now, onto the pictures without the lecture 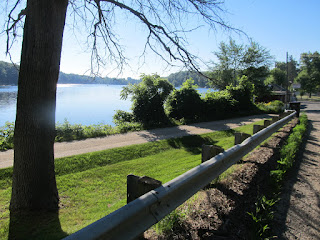 This perennial weed has me mystified 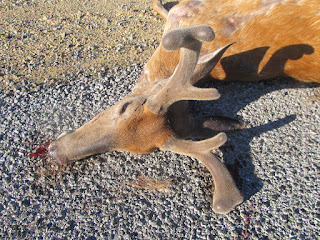 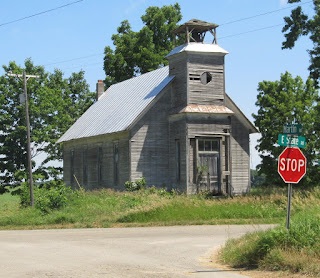 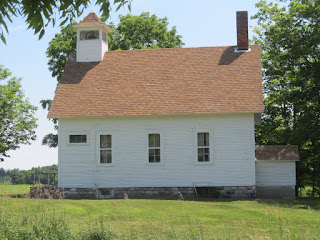 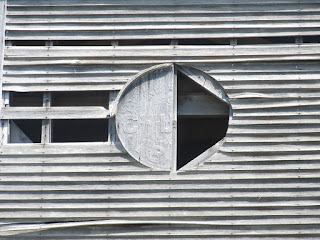 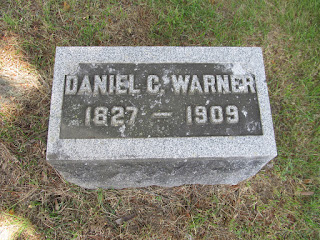 And then I stopped taking pictures.