def Nibbling - Gender-neutral variant of nephews and nieces.  Combination of nephews/niece and "sibbling".


One of my nibblings has a new job working for a large police agency.

She has been receiving a great deal of training.  Not surprisingly, some of that training involved responding to shootings where there might be large numbers of victims.

Many "shooters" are extremely fragile in the sense that they are following a mental script and they fall apart when events take them off-script.

They are the opposite of Marines.  They demonstrate very little ability to improvise, adapt and overcome.

Amateur psycho-babble
My guess is that several things come into play. 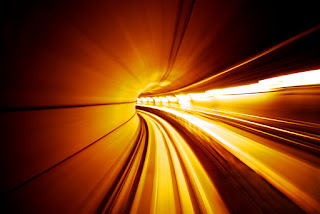 One is the effect of stress on situational awareness.  The shooter's brain becomes hyper-focused and excludes stimuli outside the next-immediate-task.  It is similar to the visual cone narrowing when driving very, very fast.  That tunnel vision means that the ad lib part of the brain has no lead time to work with.

Another factor that comes into play is that for a short while, the shooter is fully engaged in a dominance fantasy.  Yes, I know that it is anything but a fantasy to the people getting shot, but in his head the shooter is the unstoppable, heroic dispenser of righteous vengeance.  He is living on the rush of watching his former tormentors become cowering rabbits.

A final factor is that the shooter very rarely has a Plan B other than to shoot himself or surrender.  Set-backs have no part of the fantasy that sustains the shooter.  Thwart Plan A and the shooter becomes a deer-in-the-headlights.

How to take the shooter off-script
Fight back!

Nothing to fight with?  Throw things.  Nothing to throw?  How about a coffee cup or a bottle of water?  Is there a fire extinguisher in the room?  Discharge it in his general direction then use it for a baseball bat.  Most office chairs are light enough for a moderately fit man to throw.

Pens poke.  You might have a can of pepper spray in your purse or on your key ring to protect against muggers.  Guess what...it is fair play to use it on a mass shooter.

Lacking any other weapon, charge the shooter screaming like a banshee.  I would rather be found with entrance wounds in my chest than in my back.  Dead is dead.  It is far more noble to be a dead lion than a dead rabbit.

While it is better if you actually hurt the perp, having the rabbits turn on the perp pops the perp's fantasy because it is likely to take him off-script.