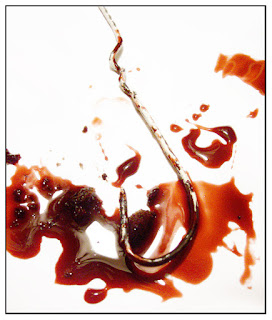 Pro-choice advocates are sending Senator Susan Collins coat hangers to encourage her to not vote in favor of any Supreme Court Justice who might not support the Supreme Court's 1973 Roe-vs-Wade decision.

One of my friends, who is uber-liberal, was working himself into a frenzy because it was possible that Trump might be successful in pushing a Constitutionalist through.  His major "sticking point" was Roe-vs-Wade.

I pressured him a little bit and he assured me that coat-hanger abortions were done wholesale and that dead teenagers were stacked like cordwood outside every big-city hospital before Roe-vs-Wade.  I don't know how he can remember this.  He was ten when Roe-vs-Wade happened.

I attempted to dig up data to substantiate/refute his claim.  At first blush that is an impossible task because coat hanger abortions were, and still are illegal.

"Why 12 years?" you ask.  A couple of reasons.  One is that the liberalization of access to abortion did not occur overnight, so that suggests that a ten year span would be appropriate. Twelve years was chosen rather than ten years to distance the "after" data from the Rely Toxic Shock Syndrome crisis.

Alas, my ability to mine CDC databases is not that whippy.  So you are stuck with a chart that shows death rate due to Septicemia in the overall population.

Based on this data, it is very hard to support the assertion that illegal abortions were a significant cause of mortality in the overall sceme of things.

But wait...
My uber-liberal friend segued into how defunding Planned Parenthood was a crime against humanity.

His contention was that residents of inner-cities need ready access to abortions because they do not have any recreational activities other than "doin' the WILD THANG!".

He said that they did not "go to the beach" nor did they have ready access to movie theaters or ball-games like "the rest of us" and had unprotected sex for lack of other recreational venues.  Then his rant veered to how inner-city residents were economically trapped and socially shamed by out-of-wedlock births.

I thought he was joking at first.  Perhaps in 1969 one could talk about limited recreational opportunities but I am pretty sure that "cable TV" and WIFI is more accessible in downtown Detroit than it is 5 miles northwest of Eaton Rapids.  And the last time I looked out-of-wedlock births were the norm in big cities and there is no shame attached to it.

In a convoluted way my uber-liberal friend's perspective is racist.  Is he claiming they are too stupid to find transportation to a beach or change channels on their cable TV?

Trapped in a past that never was and never will be
I am introspective enough to realize that we all do this rewriting of the past.  Our childhood was probably not suffused with that golden glow, nor were all adults clones of John Wayne and Aunt Bea.

But it steps over the line to mail U.S. Senators coat hangers dripping with faux blood because you think the movie Dirty Dancing is true history.
Posted by Eaton Rapids Joe at 6:03 PM