Griz was trying to explain human nature to me.

Willard Fox once observed that no farmer should ever raise animals smarter than he was.  That ruled out hogs for most folks.

Anyway, back to Griz:  He was watching them from the porch one rainy Saturday afternoon when it was too wet to do any field work.  Griz was lazy 'cause he was working a day job and he had taken a shortcut and fenced them in with an electric wire.

He said that he drank several beers just watching the critters.  There was one pig in particular.  It would get all shifty eyed and ease on up to the wire, first sidling to the left and then to the right...sneaking up on the wire.  Then it would slooowwwlllly reach its snout toward the wire.

All the other pigs would lean in to watch when

The pig would get punched in the nose with a stout jolt.  It takes a pretty good fence charger to keep pigs in.

All the pigs would dash about with their hair-on-fire with lots of squealing and other antics.  The test pig would do a double back flip and fibrillate for a bit.  His legs would start to do bicycle pedaling before righting himself and then a bit of twitching and shrugging.

Then the test pig would start staring at that fence and about five minutes later it would start sidling on up to it again.


Griz kept watching and the fence sagged lower and lower.  In retrospect it was the posts leaning in the ever softening muck. 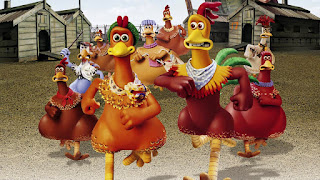 Then it happened.  The lead pig touched the wire and did not get zapped.  Somewhere in the run of wire it had touched the ground and short-circuited.  Then it was chicken run...or perhaps pig run.  The test pig was always in the vanguard.

Griz told this story with great gusto and a general spraying of tobacco enhanced saliva.

Why did that pig keep volunteering to get poked in the snout?  Griz said he raised a great many batches of hogs and they were all the same.  There was always that one pig.

He speculated that getting rid of that adventuresome Sus scrofus would simply result in another stepping up.

Not sure why he felt it was necessary for me to hear that story except to maybe explain why he kept touching his nose to the hot wire.
Posted by Eaton Rapids Joe at 5:48 PM