A change of jurisdiction can be healthy, or, Why Indiana?


I once worked with a fella named Jimmi who claimed to have taken an extended vacation in Cuba back in the early 1990s.

As students of history, we know that is a near-impossibility.

His reply surprised me.  "Cuba did not have an extradition treaty with the United States."

Apparently a college student riding a motor scooter had been killed in a brutal hit-and-run accident one dark-and-stormy night.  Forensic evidence matched the damage and biological material on Jimmi's car to the accident.  Eyewitnesses claimed to have seen Jimmi leave a party in a highly impaired state.

Jimmi blew the pop-stand.  Shaved every hair off his body and waited six months, in Cuba, for it to grow back.  That also gave his lawyers time to back-channel the investigation and let the outrage diminish.  Witnesses can become forgetful and start to entertain doubts after six months.

One suspects there may have been other brushes with the law and he might have been in violation of probation regarding controlled substances, hence the full body shave.

Why Indiana?
Why not.  A dash to the southern border was a staple of many cowboy books and movies.  You never know when a change of jurisdiction might be healthy. 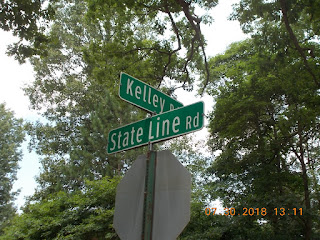 Indiana is home to many outstanding bloggers: Tam, Roberta, Mr B and others.


Why not Ohio?  Because in Ohio even the Amish are tougher than I am.
Posted by Eaton Rapids Joe at 10:32 PM