It can be done but it is not pretty.

The male (upper) detail for the primer seating function is just a little bit fat for some of the thicker walled hulls.

The powder throw, wad seat and shot drop work just fine.  After clearing the Red Dot powder out of the loader and putting in some Unique, I found that it was dropping 20 grains.  That was close enough to the 22 grains the recipe called for. 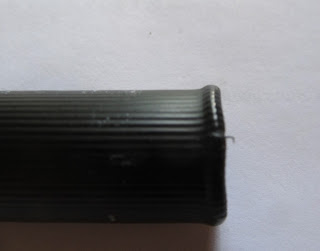 The biggest problem was the detail that finished the crimp mushroomed the end of the hull.  Obviously I have more work to do.