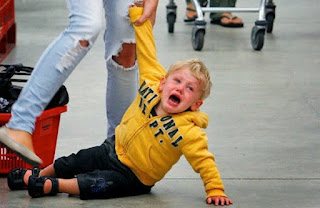 Many of us who identify as "conservatives" were surprised by the vitriol and aggression shown by the far left and major media after the last election.  "Extinction bursts" are one possible explanation for the far-left's and major media's behaviors.

Extinction bursts are not covered by classical conditioning theory but they are well explained in the context of control theory.

A typical example of an extinction burst is when a mother with a four year old attempts to go through the checkout lane without buying her child a candy bar.  The young child often has a tantrum.  Bystanders sometimes criticize the frustrated mother for not "disciplining" her child when, in fact, the mother is attempting to ween the child from "treats" for good behavior.

Since extinction bursts are a "control" problem, it is best explored using examples that are accessible to nearly every adult.

What do you do, as the driver of a vehicle, when your motor starts to sputter and it loses power?  Most likely you push on the gas pedal.  All of your prior conditioning has been pushing harder on the gas pedal makes the vehicle go faster.  What happens when the motor completely stops and you are not at your destination?  If you have any forward motion at all, you probably have the pedal floored.

We grow up conditioned to modulate input to control the amount of output.  When the linkage between the input and the output weakens, we automatically double-down on the input.

How much of the violence and chaos in the news is evidence of "Extinction Burst"?
This phenomena becomes vexing when trying to follow the news.  It is apparent that the media is not a transparent lens on the universe.

Then, as a counterpoint, consider the events in Charlottesville, Virginia.  The current White House censured both sides for inciting violent behavior.  The major media outlets EXPLODED in anger and indignation. 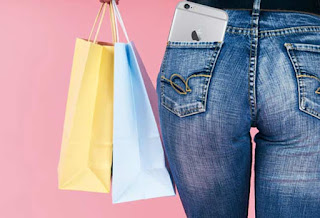 One theory that deserves serious consideration is that our brave, new world does not need major media.  We have social media.  We have email.  We have cameras, both video and still, in the pocket of every teenager and most adults.  As major media's motor starts to sputter, they regress from being responsible reporters of facts to tabloids and then from tabloids to propaganda.

What is propaganda?  It is paid-for/subsidized content.  And the circus barkers are getting shrill as they see fewer-and-fewer "marks" turning into their tent.
Posted by Eaton Rapids Joe at 9:39 AM