A few weeks ago the wires services were filled with stories about how vertical "farms" were going to save humanity.  Not only were those vertical farms going to feed the cities but they were going to purify the air as well.  Most of the stories were out of China.  The frothy, relentlessly up-beat tenor of the stories sounded like a sales pitch for venture capital or phishing for Government subsidies.

One of my regular readers asked me for my "take" on the concept.  I do not answer to an editor so I have the luxury of being able to think before I type.  That is why this essay is two weeks "late".

Sunlight as a limiting factor
Yields are often limited by sunlight availability.  Cutting through all of the fancy math, the footprint of the city will capture slightly more sunlight than it would have if it were a flat field.  That slight gain is more than offset by the fact that 3/4 of the plants will be in the shade for at least half of the day. In the northern hemisphere that would be the plants on the east, west and north sides of the building.  Additionally, the plants that are not at the top of the building might never receive direct sunlight, ever.   Plants that receive half a day's sunlight produce less than half as much food as plants in full sunlight because they still have 24 hours of respiration/maintenance.

Displacing inputs
Presumably growing food in situ will reduce the need to transport 2000 Calories per capita per day into the city.  That is about 400 grams of food a day assuming 35% of calories come from fats.

Those vast amounts of water require electricity to pump it to the tops of the buildings.  The economics of hydroponics require frequent applications of water.  A one day power outage could easily result in the death of all the plants on the south side of the building...the south side being the only side that is productive.  So rather than being robust vis-a-vis food grown in rural areas, the green skyscraper has some glaring fragilities.

Also consider that the structure of the building must now accommodate highly loaded balconies and terraces. 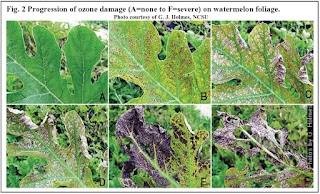 Air pollution will depress yields even lower than the shade will.

And do not forget that Ag chemicals applied by any one of your neighbor will invade your space as well.  Organic growers will probably be handling some form of feces.  Even if biologically safe it will still smell funny.  And what guarantees do you have that the feces will be free of biological (and heavy metal) hazards?

It is safe to say that residents of the building are likely to be exposed to more pollution rather than less.

Shrinkage
It is a fact of life that much agricultural produce is wasted.  It rots on the tree or in the field.  Pests like yellow jackets damage it.  It rots because there is not enough refrigeration capacity.

Summary
The free market suggests that people would already be doing this if it were economically viable.  If kale sold for the same price as Medical Marijuana ($200-to-$400/ounce, dried) then you would see folks growing fruits and vegetables on their balconies.  Until you see organic demand (apologies for the pun) then I believe that "green skyscrapers" are a scam intended to separate you from your money.


---Addendum---
Many people do grow food on balconies and windows.  Most food falls into the category of flavoring or garnishes.  Things like:
These items have a lot of bang-for-the-buck.