In 1968 Cornell University (an Ivy League University) launched a program to breed apple rootstocks that were suited to the unique stresses of growing apples in North America.  This program was supported at a national level with multiple agricultural universities contributing and multiple "beta sites" for testing.

Prior to 1950, almost all apples were grown on "seedling" rootstocks.  Some trees were big.  Some trees were smaller.  All trees were tall which made them difficult to spray and necessitated the use of ladders for harvest.  Ladders are not good platforms for safe and productive work.

After 1950 dwarfing rootstocks that had been selected in Europe were used in increasing numbers.  While immensely more profitable than "seedling" rootstock they were beset by various shortcomings.

Setbacks
What is notable about the Cornell program is that they experienced several pratfalls.  Rather than covering up those embarrassing incidents, the researchers at Cornell documented them in the interest of honest, transparency and to aid future researchers.

Ooops!
One incident that occurred early in the program was when they released a selection to industry.  Industry was very eager to get field experience with these new rootstock and used "micro-propagation" to increase the numbers at an astronomical rate. 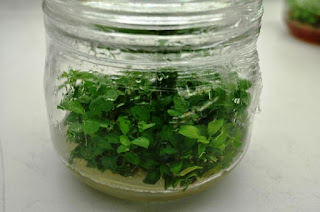 Several years after the release the new "G" rootstock was found to be a dog.  Maybe that is too severe of an assessment;  it was found to be no better than existing rootstocks and came nowhere near expectations.  A post-mortem revealed that the grad student who had been sent out to collect the "wood" for the micro-propagation had cut wood from the wrong bush.

Five years of progress and vast amounts of good-will were demolished by that incident.  All because the grad student was in a hurry and did not read the labels.

Virus
Another release (G.16) performed very well through all of the alpha and beta field testing.  It seemed to combine the best traits of several different rootstock.

After release to industry it was found to be extremely sensitive to plant virus.  Common apples are extraordinarily robust with respect to plant viruses.  They are virtually symptom free; hence the viruses are sometimes called "latent viruses".  Viruses were lurking in "common" scionwood and within the orchards much the way bacteria lurks between your teeth. 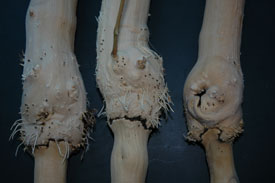 Those viruses caused this rootstock to die in two or three years and they died in droves.

The researchers documented this oversight and added it to future selection criteria.  In time they eliminated many parents from their breeding program due to the high sensitivity of their progeny.  They did not "cover up" the problem.  They advertised it.

Brittle graft unions
Another issue that became visible after a selection was released to industry involved brittle graft unions.  These rootstock are very, very productive.  And one of the attractions was that the trees would be 'free-standing'.  That is, they did not need support to keep them from falling over. 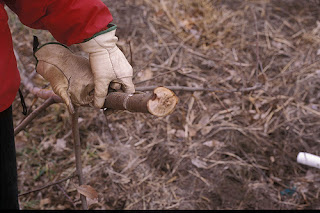 It was found that one of these fabulously productive rootstock had a tendency to snap at the graft union.  The trees would look great on one day in early September, a storm would come through with high winds and a large percentage of the trees were snapped off at the base and would be laying on the ground. 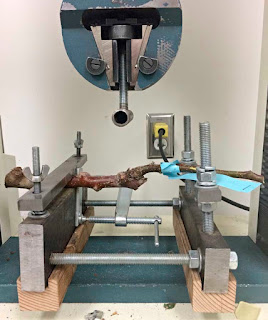 The researches did a post mortem, they documented the problem, they updated the selection criteria to include a minimum graft union strength....and they did not cover up the issue.

They were honest
I told this story to several people before I wrote it down.  At this point, more than half the people reach the wrong conclusion:  "They were morons."

They were NOT morons.  They are brilliant.  They are honest.  That is what real projects in the real world look like.  They did not know what they did not know.
Consider the hapless grad student.  He was cutting wood in the winter.  Normally he would have cut a large amount of wood and likely there would have been a second person but micropropagation does not need much wood.  Somebody would have noticed that the real G.xxx had no wood cut from it and G.yyy was cut down to nothing...that is in addition to the second person serving as a check.

Furthermore, using traditional methods or propagation, apple rootstock are as individual looking as people.  Somebody would have noticed.  Also, the ramp-up would have been far less steep.  Far fewer trees would have been planted before the mix-up was noticed.

The compelling lesson is that reality is far more messy than we realize.  The chaos is shielded from our awareness by factors that opaque to us.  The researchers never envisioned needing to screen for virus sensitivity because none of the European selections had virus sensitivity.  (That is a little, white lie, MM106 has since been found to be sensitive to Tomato Ringspot virus).

The objectives are simpler.  The science in measuring and screening performance to those objectives is simpler.

I grant that all progress is made by people who are irrational.  However, changing society willy-nilly in the naive belief that it will magically be 'better' is irresponsible.  There are landmines and pratfalls all over the place.  It is not fair, but that is my reality.
Posted by Eaton Rapids Joe at 9:51 AM