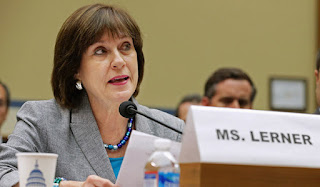 You forgot who Lois Lerner is?  She was the department head who unleashed the IRS hounds-of-hell on any conservative who might bother the Obama-Clinton political complex.  More than any other person, she is the face of our weaponized, Federal government.

Obama's Justice Department gave her a mulligan.  Nothing to see here, folks.  Move along.

I listed this a "Fake News" because it is not news until it happens.  Congress is known for promises, not deliveries.
Posted by Eaton Rapids Joe at 10:59 PM