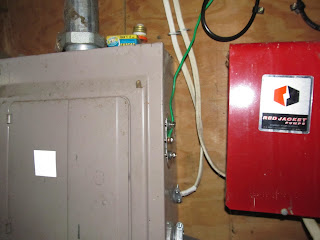 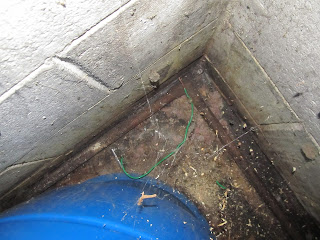 The clamp + wire  fell when I loosened the connection on the other end of the ground wire.  The clamp and wire fell behind the water accumulator.

I purchased a ground clamp to attach to a copper water pipe that ran 18" away. 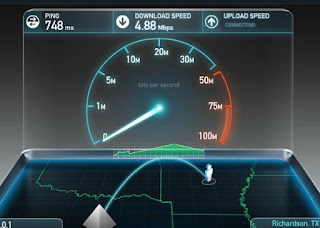 784 milliseconds for a ping is pathetic.  4.88 Mbps would be acceptable if I got a bigger slice of service.  Nevertheless, service was slightly better than yesterday. 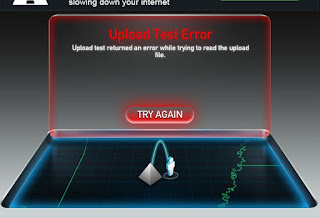 The system still failed the upload test.  It timed out the three times I attempted it.

I had hoped to post this via the new provider but the connection kept timing out when trying to upload 92 kb versions of these images (640X480).  Consequently I had to plug back into Brand V.