...willing to organize and act 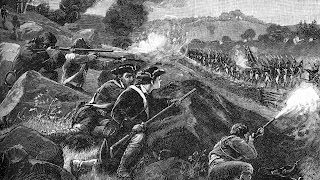 What I found most impressive, and oddly least realistic, are the strong networks of capable people ready and willing to organize and act. It's like Massachusetts in 1775, when 14,000 men converged on the Concord Road in one day to fight the British army. In today's atomized society, I don't know many people who could organize 100 friends to take action, even with all the social media and cellphone communication.  -Contrarian View

I am a small fish in a small pond. I can speak to what I have seen, what I have done and people I met.

My dad once told me that a person will make a cement balloon fly if they have personal investment in the venture. He was speaking of people and projects.

Dad was in a "management position" from 1966 until 1992. People under him sometimes brought him proposals. It was very rare for him to turn down a project. For one thing, running a project increased their work-load and most people didn't want more work so he wasn't actually buried with proposals.

The other thing was that once somebody screwed up their courage to beard the lion (dad) in his den, they would crawl over broken glass to ensure it worked. They would make the cement balloon fly.

On the other hand, Dad had no illusions about the success being transferable to other workers. It was all ownership.

People expect you to brag. They discount accordingly.

On the other hand, when people you have worked with, or for, speak well of you...well, that is different. People perk up and listen due to its rarity.

The listener applies a multiplier. It is like calculating the sun's radiant energy based on what reflects off the moon. Their multipliers may not be very accurate but it is better to have a multiplier than a discount applied to your reputation.

Conventional wisdom is that a typical person knows 2000-to-3000 people. It is also believed that some people, known as super-connectors, know ten times that number.

Could I, personally, pull together a hundred people who would take radical action?

I am a small fish in a small pond. I could get five of my 2000 connections.

Who might be able to inspire another five each. Who, if times were desperate could inspire an additional five each. That is 125 people who, if they had the skills and are in the right place, they are a lever that can move the world.

That they are willing to self-organize and to act is a consequence of the dire circumstances they find themselves subjected to.

That is one of the foundational premises of my fiction. My fiction is not about super-heroes who know fifty-thousand people and inspires them. It is about ordinary people living ordinary lives who just cannot endure their current situation any longer. They are the seed-crystal suspended in the super-saturated solution that triggers self-organization.