The new Plant Manager's nickname was "Captain Hardass" and I learned why during his first visit to the Body Shop. 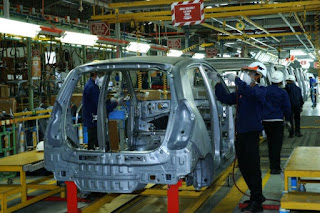 I may have been the first member of "management" in the Body Shop to see him.  He walked into the shop fifteen minutes before the monthly dog-and-pony show.  He walked over to the production line and watched each station for about two minutes (two cycles).  He was watching "Metal Finish" which was six stations long with two operators in each station, one on each side of the line.

He was notable for three reasons.  One was his deep, Brazilian tan. He had just transferred from the Corporate operations in São Paulo. It was February and everybody else in the plant looked like uncooked bread dough.

The second reason was his crisply starched, brilliant, white shirt.  Nothing stays white in the Body Shop.  Even the fluorescent lamps are dingy.  Paper gets a patina within a week of being exposed.  It is from weld dust, vaporized oils and burning, PVC-based sealer.

The third reason was his shoes.  They were extremely fine, leather, Italian loafers.

Plant Managers seldom visit the Body Shop.  Body Shops are loud and dirty.  Body Shops are not labor intensive so there is less potential cost savings compared to, say, Final Assembly.  "Body Shop" issues never show up in the top 25 problems.  A happy combination of over-speed and large buffers meant that the Body Shop never impacted throughput.  It was a great place to work if you wanted to be ignored by top Management.  I loved it. 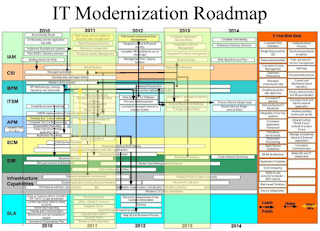 I was invited to the dog-and-pony show. I stood in the back. Raymond was in top form.  Raymond had twenty, densely packed Powerpoint slides and he could drone on-and-on-and-on over each one.  Raymond's voice was not exactly a monotone.  It was more like the buzzing of a blue-bottle fly sniffing out potato salad at a picnic.  His voice rose-and-fell in a random manner that bore no relation to the content. I think a teacher once told him it made presentations more dramatic and it was advice he took to heart.

It was exhausting to listen to Raymond, so nobody did.  We sat there, in the overly warm conference room and went into a state of suspended animation for thirty minutes until the Area Manager (the boss of the Body Shop) would cut Raymond off (usually on his seventh slide) and dismissed the meeting.

That is not how Captain Hardass rolled.

Sixty seconds into the first slide Captain Hardass raised a hand and interrupted:  "Excuse me."

Raymond blinked.  "What?"  He had never been interrupted in the ten years he had been giving this presentation.

"Has anybody in this room used this slide to change the way we do business.  That is, has anybody, in the last month, looked at this slide and used the information to change our process?"

Everybody looked around the room at each other, shaking their head "No."

Captain Hardass said, "Throw that slide in the trash.  Show me the next slide.  Same questions."

Raymond was through all twenty slides in about five minutes.  He was in a cold sweat because he had never had to speak extemporaneously.  He had no need to worry.  It was no longer his meeting.

Captain Hardass said, "If you are not using this stuff to run the business then don't waste my time showing it to me.  It means you are trying to blow smoke up my ass.  We have more important things to talk about."

Jim, the Area Manager (and two levels below Captain Hardass on the org chart) was the model of decorum and graciousness.  "Well boss, what do you want to talk about?"

Captain Hardass said, "Your Metal Finish line has too many people on it.  I will give you two weeks to fix it and then I want the Social Security numbers of the six employees you put out the door."

Jim said, "I don't mean to dispute you but I look at our conversion numbers every week and we are competitive with every other factory in the Corporation."

I have to hand it to Jim.  Everybody else was sitting in stunned silence.  Jim was the first to regain his wits, "Captain Hardass, you are going to have to teach me.  I just don't see it.  What do you see that we don't see?"

I could see Shane out of the corner of my eye.  Shane was the supervisor of the Metal Finish line and he was starting to bristle.  Nobody likes to be publicly embarrassed and Captain Hardass seemed intent on making an object lesson out of him.  Shane is a big, Irish good-old-boy and his face turns bright red when he is getting close to blowing a cork and his face was flaming red. 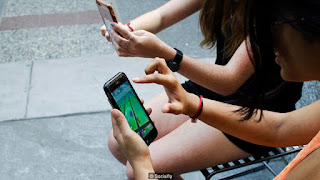 Captain Hardass said, "Jim, I am glad you asked.  I watched each station in Metal Finish for two cycles.  The first time I watched a station was when I was one station downline so the operators thought I was watching somebody else.  The operators invariable finished their job ten-to-fifteen seconds early and then went over to play on their smartphone.  Then I watched them while I was in their station and they took the full sixty seconds."

Captain Hardass continued, "Ten of the twelve operators had a smartphone on their table and the phones were running.  That tells me that these jobs are 20%-to-25% underloaded because nobody leaves their phone on when they can only look at it for five or seven seconds.  20% under-loading over 12 jobs means you have two people per shift too many."

"Anytime you see a production line and smartphones together you have evidence of overstaffing.  Guaran-damn-teed.  Whenever we see an operator playing on their smartphone we should thank them for the information and immediately give them more work."

Shane could not keep quiet.  "They can have their phones on the line.  They only use them when the line is down!  They were using that time to make secondary checks." 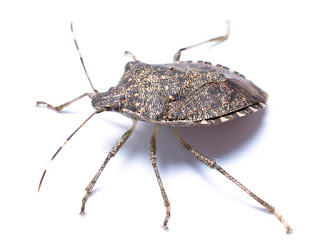 Captain Hardass looked at Shane as if he was a stinkbug caught swimming in his soup. "That tells me one of two things.  Either you never spend time on your line or you are a liar.  Neither one is much of a recommendation."

Shane took it like a shot to the jaw.

The action plan
Captain Hardass laid out our marching orders.  "I will give you a week to rebalance the line (move jobs around) to eliminate the two jobs.  Then I want you to run it that way for a week.  I want you to put stools at the end of Metal Finish and have the two low seniority workers sit on those stools all week long.  Those are the two guys who are going to lose their jobs.  I want everybody on the Metal Finish line to have to look them in the eye for a week, knowing that their unwillingness to do the job-as-written cost them their jobs."

"At the end of the two weeks put the low seniority guys on indeterminate layoff.  Send me an email with their Social Security numbers.  Trust but verify.  That is my motto."

Shane replied, "We cannot do that.  That is not our process.  We just can't move work between teams."

The temperature of the room dropped about thirty degrees.  Captain Hardass said, "Work does not belong to 'teams'.  It belongs to Management.  That is us.  That is me.  We can move the work anywhere if it gives the customer better value or the shareholders more profit.  Not only can we move it, we have a fiduciary responsibility to move it."

"And this sudden concern for process has me baffled.  I assume you are talking about all the secondary checks you used to pad out the work cycle?  The "process" is to improve your quality and then to remove those checks.  Your employees figured out the checks are not needed because they are not doing them and there have been no negative consequences.  Don't try to stand behind 'process' when you are not following it."

"I only require six Social Security numbers.  If you cannot do your job, or if you refuse to do your job then I will be very happy to have your Social Security number be one of the six.  And if I don't need you, then I don't need your counterparts on second and third shift.  Incidentally, it will be YOUR job to tell your counterparts how you screwed the pooch and got them fired.  Your call."

Then he looked around the room.  "And I am not picking on him (pointing at Shane).  I think I would have found the same thing if I had visited any other functional area in this shop.  If I can walk into this shop and see it in fifteen minutes then you sure as hell ought to be able to see it.  Next month, when I come in, I will look around and I won't be nearly so polite next time.  If you won't manage then it is clear that I can run this shop without managers.  Either use the next month to fix your lines or start putting out resumes."

Captain Hardass stood up and left the room.

I understand he was gentle with us compared to how he was in Final Assembly.  There he went off like a hand grenade in a barrel full of frogs.

That is what happens when employees use their smartphones on company time...at least in some places.
Posted by Eaton Rapids Joe at 6:28 PM