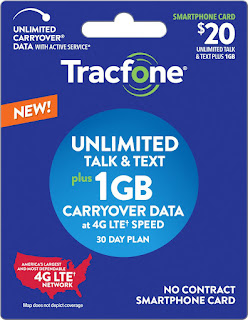 Apparently they didn't learn anything from the shellacking the Democrats endured in Virginia. One of the hot-button issues was over-reach in terms of what schools taught students and accountability to parents.

Michigan Democrats seem to believe that parents should be taxed to pay for public education but have no say in what is taught. That is, no representation.

We know how this should end.

I spent part of the morning cutting fire-wood with Sprite. We share a fence-line and the trees I want to cull were more easily accessed from her side of the fence.

She likes to stay busy and to have reasons to be outside. The gray, cloudy, Michigan winter is hard on her. I cut and she de-whiskered and tossed the whiskers back over the fence.

I am more interested in fence posts than in firewood. We were cutting 4" diameter, Black Locust stems today. Only four of them were straight enough and had enough heartwood to satisfy me with regard to fence post material. The rest of them I chain-sawed into 16" stove-wood.

Sprite heats with wood and is grateful for the wood. I am grateful for having a second person as Mrs ERJ does not want me chainsawing alone.

I moved a bale of hay from Sprite's over to my pasture. The calves don't seem very interested in it. It is the first round-bale of hay they have seen in their lives.

I finished slapping the drywall up on the bathroom ceiling. The door is back on its hinges. The sliding doors on the shower will soon be reinstalled.

I mailed out the first scion wood of the season. I sent some Trailman apple-crab to a friend in Idaho.

Trailman is an apple-crab that reputedly survived -65F in the flats near Fairbanks, Alaska. It is not a heavy producer and the fruit is prone to water-core (usually fixable with a calcium spray) but it does have a good flavor.

I need to put word out to my other friends to ensure I have their most recent addresses.

A recent article at The Conservative Treehouse regarding empty shelves at the grocery store at has been getting attention.

I do not think the toxic effects of regulation have gotten enough attention.

Suppose I had an orchard with 24 apple and pear trees. Many hobby-farmers have an orchard of that size.

Furthermore, suppose I don't do much with that orchard. Most of the fruit falls to the ground and is eaten by deer, rabbits and birds. I am willing to bet that most fruit grown on these hobby-farms goes to waste.

Now, suppose the shelves in the grocery stores empty. Suppose that the supply-chain coughs up a hair-ball and you heroically step unto the breach.

The food that you were growing and want to feed people with becomes a "Problem".

Incredibly, the regulators become interested in what you do with the peels and cores and stems. It is no longer possible to toss them back into the orchard without documenting (filing a plan). Note, that is exactly the same orchard that the entire crop fell to the ground in every previous year.

In my mind, the most potent thing Trump did to reinvigorate the economy was to sign an Executive Order that required that two regulations be rescinded for every new one that was implemented. There are tens-of-thousands of regulations that can be construed as applying to a simple canning or tomato-drying operation.

The economy is in the septic-tank. People are going to be hungry before this is over and it will be because the Statist want to control every detail and "handicap" every productive enterprise.

Ironically, one of the back-doors out of this mess is to loan your "facility" to your trusted friends and family. Help them pick the cherry-tomatoes and show them how to split them and put them into the dehydrator. Show them how to can applesauce and pears. Then get out of their way and let them process their own food.

Karma: I not only believe in it, I bank on it.

Do any of my readers have any opinions regarding tomato varieties that respond well to dehydrating?

Sweet Apertif, Fantastico and Apero look promising based on Brix levels and size (halving and drying with skin-side down) but it would be nice to have recommendations from folks who have actually made "sun"-dried tomatoes.