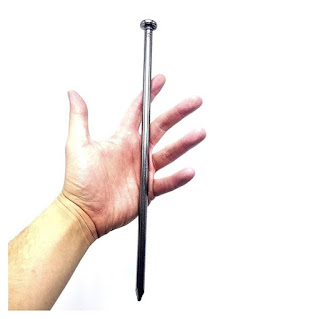 An automotive engineer of my acquaintance once commented that if we REALLY wanted to eliminate deaths due to traffic accidents, that we should place a very large, very sharp spike in the center of the steering wheel of every automobile manufactured.

You can look at the introduction any number of automotive safety features and not find a commensurate reduction in deaths.

ABS was hailed as a HUGE improvement. The number of accidents didn't change.

The current, best-thinking is that drivers (in aggregate) have an innate tolerance for risk and adjust their driving habits to maximize other benefits (like spending less time on the road) and still stay within their risk-tolerance. In other words, they took more operator risks because they were confident that ABS would pull their bacon out of the fire.

4WD vehicles get stuck on mountain tops and in the middle of swamps and the bill runs north of $500.

Catholics have an intimate relationship with the sacrament of Communion that seems weird to most non-Catholics.

It is a crude analogy, but let's say it is the Salvation equivalent of ABS, Air bags and 4WD combined.

My personal take on Progressive Catholic's coughing up a hairball upon being denied Communion if they are publicly "pro-abortion" is the same as the next-of-kin of a Lambo or Maserati owner having a hissy-fit because the safety features didn't save them when they went off an icy road while driving 125 MPH.

Communion is not a "Get out of Jail" free card. Among other things, it is a tangible sign that the person receiving it chooses to be a member of the Catholic-Christian family and accepts the duties, responsibilities and privileges therein.

As the member of a family, you cannot cherry-pick. You are in or you are out.