My Italian sister-in-law expressed an interest in figs. She wants to reduce the amount of grass she has to mow and producing food in that space.

In these upper latitudes, the hot ticket for figs is to grown them in containers with an ample number of large holes in the bottom of the container. Then, either bury half the container in a shallow hole or mound mulch around them. The roots can then drive into the soil and gather moisture.

In the autumn, take a sharp shovel and sever the roots close to the container and store in a place that will not drop below 25 degrees....a cellar or some garages. If the garage gets colder than that, sawdust can be mounded over the container to insulate it.

Because she is Italian, I felt compelled to ensure she had at least two varieties that were from Italy. 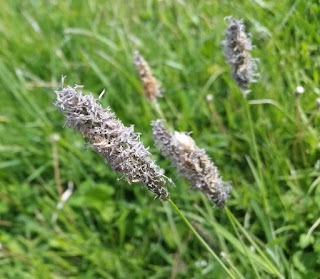 The timothy in the pasture is pollinating and my eyes are itching. I wonder if the two are related. 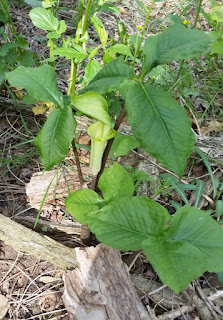 The flowers of wind pollinated species tend to be inconspicuous and release clouds of pollen when brushed. Jack-in-the-pulpit is most likely insect pollinated.