A few pictures from the day 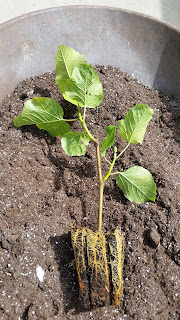 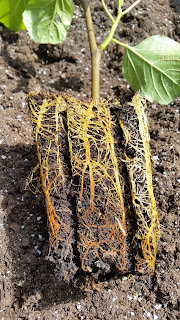 I potted up the fig cuttings that I intend to keep. I bought five gallon buckets and drilled four, 2" diameter holes in the sides near the bottom.

I half filled them with fiberous, cypress bark mulch and then the remainder with a good quality, sphagnum moss based potting soil.

The interesting thing about the roots of these figs is that they started at the bottom and grew upward along the sides of the pot. It turned out that I could peel the roots down from the top and they spread out like the petals of a daisy. I added potting soil over the top and they seemed happy. 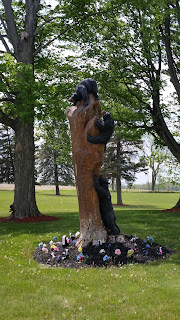 I still had a healthy surplus of rooted fig cuttings. Fortunately, I knew somebody who runs a rescue mission for homeless plants. 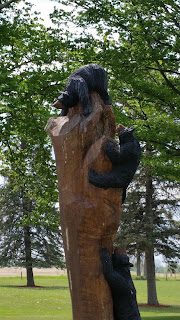 While transporting the soon-to-be-homeless fig plants, I saw this yard-art. Somebody got creative with a chainsaw and whittled on a dead tree. Nice work! 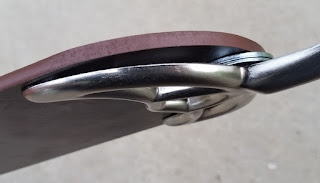 I "cock-shimmed" the bracket-to-blade interface. The washer stack is 0.120". I had the foresight to buy longer screws when I purchased the washers. 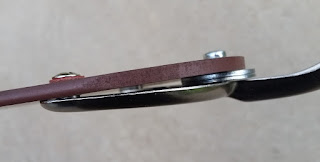 That increased the clearance between the tip-of-the-blade and the ceiling from 6" to 7" which is a ~15% increase in anybody's book.

Every once in a blue moon, one of the dimensional engineers would "cock-shim" a locating detail. It was not an approved process but sometimes needs dictate frowny-faced emails from Detroit.

(Kids, don't try this at home)

In many cases, what they didn't know wouldn't hurt them...the experts in Detroit.

For example, sometimes the radius in a formed, sheet metal part would grow either due to wear in the dies or the metal-stamping plants effort to reduce scrap caused by metal splitting.

If the radius grew too much, it would intrude beneath the clamping surfaces of clamps used to locate parts before they were welded together. Oily, not-flat metal being squeezed is like a watermelon seed between your fingers. It was unpredictable and dimensions from part-to-part were not repeatable.

The easy fix was to grind a little bit from the corners of the locating blocks and the detail on the clamp-arm that touched the metal parts to get the clamped area away from the radius.

That was a "no-no" according to the experts in Detroit. They hated to be cut out-of-the-loop but their response times were measured in months.

Anybody who respects the law or enjoys eating sausage ought never see either being made. 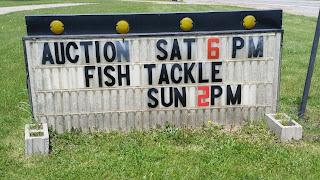 Things are getting back to normal.

We expect her back late Saturday.

One of the other care-givers is returning a rental car to The Big City and offered Mrs ERJ a ride to the airport.

Time to start putting the house back together.