How many of us lived through the "Business Process Renengineering" fad?

That is when smart, highly-trained people with the best of intentions designed factories with aisle-ways too narrow to remove scrap, designed vehicles that could not be towed and eliminated processes, procedures and resources that had accumulated in organizations to deal with rare-but-important events. 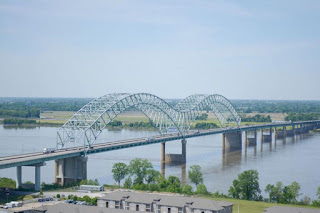 To "reimagine" is code for willy-nilly removing struts from the structure we call modern civilization. Remove them or replace the steel beams with sustainably-sourced papier-mâché replicas.

The structure will sag and groan but continue to function as beams are removed or impaired. It will continue to function until some rare-but-important event occurs and then it will end up in the river. Or, they will whack away at it until simple, static gravity is enough and it unceremoniously collapses.

Mrs ERJ is back. It was hard duty.

It was a combination of a hundred different things but I am only going to mention one of them.

The couple who became ill had purchased a puppy shortly before they became ill. Puppies are entertaining and loving and bring an exuberant energy to a household.

Mrs ERJ's revelation was that chaos is not additive, it is multiplicative. The injection of just a tiny bit more chaos was like a little bit of sand in a transmission. The sand grinds off metal shavings which in turn create more wear and more metal shavings.

The ascending, hard-left wing of the Democratics are puppies. They are full of themselves and demand attention. They are absolutely sure they can "reimagine" things to perfection. Unlike Hammer and Champy (the two gurus who got BPR off the ground) I have no confidence that the hard-left wing has benign intentions but it would not really matter if they did. They are puppies running around in a house filled with sick people and over-worked caregivers.

Chaos begets chaos. Buzz-words are not a satisfactory substitute for wisdom.