Attributes of people who would survive a 95% die-off 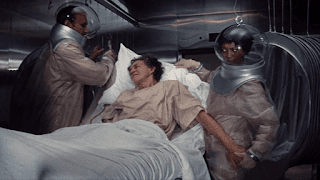 It is a huge issue that 19-out-of-20 will not quietly slip their mortal coil so the 20th will survive. We will claw and fight and all twenty will perish.

A more plausible scenario is that enclaves will survive and large areas will experience what is essentially 100% mortality. My best guess is that large cities will get hammer and areas lacking adequate rainfall or fertile soil or a predictable growing season will suffer disproportion losses.

The best data available for a non-petroleum based life is from a study done on the Amish in Southern Ontario. For a frame of reference, a typical adult requires 2000-to-2500 steps to cover a mile.

Amish men accumulated 18,425 ± 4,685 steps per day (mean ± SD), whereas Amish women accumulated 14,196 ± 4,078 steps per day, averaged over 7 d (see Fig. 1). The highest 1-d total was 51,514 steps per day, recorded by an Amish farmer who performed harrowing (smoothing the ground surface after plowing and planting), while walking behind a team of five Belgian horses for the entire day.   Source

Mortality will hammer those of us over 55. It will hammer those who cannot jump off the couch and walk three-to-time miles a day and do physical WORK for ten hours a day, day-after-day. Not only must they be physically capable of doing it, they must be willing to do it.

This willingness to step up and do physical work is one facet where populations with multi-generational entitlement income will likely fail; Native Americans on Reservations and many people living in inner-cities, Section 8 housing or recently emigrated from refugee camps fall into this category.

I suspect that populations that are close to "traditional"roles for men and women will adapt most easily to the 95% die-off. I think women should be able to shoot guns and men should know how to sew but that doesn't mean there should be a 20 minute discussion every time something needs to be shot or darned, as if these needs have never arisen. 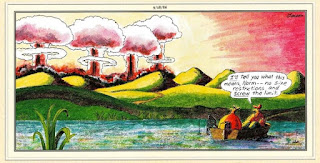 A subset of the younger rednecks. Not all of them. Many of them are even more addicted to motorized toys than city people.

Recent immigrants from rural areas from less-developed countries....say Bulgaria and less developed. That would be a value-added-per-employee of $10k per year or less vs $83k for the US. The value-added is a reasonable proxy for the mechanization on the farm.

Not super techie weenies or the guy doing their post-doc on Quark theory. Sorry Sheldon.

Not the guy with a million gadgets.

Not the gourmet chef who does not have a recipe that uses less than 7 spices and herbs.

There will be exceptions.

Any thoughts will be appreciated.