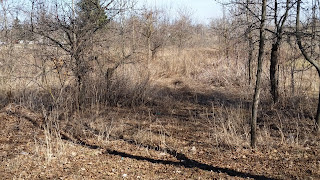 Rust, rot and decay; the three sisters of Entropy. Chaos, disorder and mixing; the three brothers. 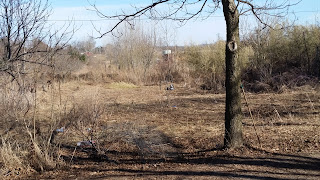 I am slowly wrestling back order out of the jaws of Entropy.

I am not setting the world on fire for speed. 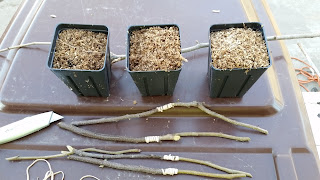 One of my sister-in-laws read my post about monument trees and thinks she wants to plant a "Spartlett" pear. This is not the best time of year to be shopping for fruit trees as the shelves are pretty picked-over. The other factor is that her yard is not very big so it would have to be on a size controlling rootstock and the most dwarfing are the quince.

I don't have Spartlett but I do have some pear varieties that are compatible with quince. One thing led to another and I grafted four Blake's Pride to four quince cuttings. The fig project left me with three empty spots in the beer coolers with bottom heat. The two smallest grafts were doubled up and into the rooting chamber they went.

This is the earliest in the year I ever grafted. Grafts don't heal without warmth. But then, I never had bottom-heat mats either. 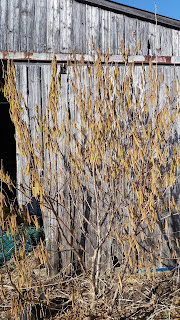 The earliest filberts(hazelnuts) are pollinating.

I have a goodly number of seedlings.

Some people avoid seedlings like the plague because they cannot know exactly how they will turn out. Some gardeners, including some very high-end, sophisticated ones include a significant number of seedlings in their garden portfolio.

One gardener who I know (and who values his privacy so I will not mention his state) grows seedling pecans, persimmons and plums from Oklahoma, olives and figs from Arizona, filberts from New Jersey and New York, sunflowers from where ever...... His thinking is two-fold. Many virus do not pass over into seeds and seedlings are a grab-bag of genetic diversity.

There I was. Fridays. At Mom's on Lansing's Westside.

I had just walked Dad's dog around the block, an evolution that took an honest 35 minutes. Granted, it was a large block.

Nearing my mother's house, I saw her next-door neighbor outside, in the middle of the street with a couple of plumbers.

Now, you might ask "How did you know they were plumbers?" and that would be a fair question.

Being the observant fellow that I am, I noticed that two men were unloading a Power Snake from a van with no windows when the ever lovely Mrs ERJ and I arrived at Mom's.

Fifty minutes later as Honey and I rounded the last bend and were into the final straight-away, I saw the plumbers marking the pavement of the street in front of the house with blue paint. The homeowner was with them.

Since Mom has been grappling with plumbing issues, including evidence that the sewer pipe has been backing up and depositing debris that did not originate in her house into her drain pipe, I decided to make some chit-chat. (And you think the stories in Remnant are fabricated solely in my brain...Ha, ha, ha, ha...Heck no. I take the story in front of my eyes and give it the tiniest of tweaks and turns)

I asked the homeowner about her vanity plates. "LST GRL"

I received a dissertation regarding the "Last Girl" in Horror Flicks.

"The 'Last Girl' is an icon of Feminism. She is powerful. She is resourceful. She is able to defeat cis-males at their own game without using toxic, male technology."

"Yeah. Ok. But wouldn't it just be easier to shoot the bastards with a .45?" I asked

One of the plumber's backed me up (no pun intended). "Yeah, I think I would go with a 1911. And hollow-points. Yeah, definitely hollow-points. Probably Hornady XTPs."

I feel remorse. The home-owner probably trashed the plumber on Yelp and Google Reviews.

I looked it up on the internet and sure-as-feces, Last Girl or Final Girl is an icon of feminism. Hundreds of academic papers dissecting "popular culture". It is SO much easier to watch a movie and postulate that it is a reflection of "normie culture" than to actually go out and take data.

Of course, to make this all work the directors must cast every male in the film as the moral and intellectual equivalent of a piranha in a 1930's Tarzan movie.

Trading one set of "othering" for another is not progress.