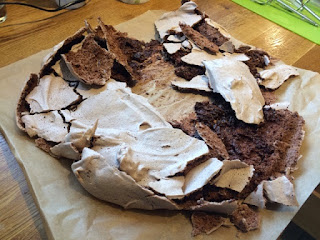 One way to sell paddies of cow-shit is to cover them with frosting and call them cupcakes.

That is what Congress did with the rescue of the chronically drunk-and-disorderly states that over-promised on pensions. Calling it "Covid Relief" was the frosting.

Sadly, just like "reparations" is not an item that can be paid down and put behind us Public Pension shortfalls cannot be disappeared either. Does anybody harbor the illusion that if we paid every African-American alive a lump sum of money that it would fix the problem of "racism" and they would not be back in five years demanding more?

The current pension shortfall is on the order of $4 Trillion dollars. That does not include the cost of medical benefits promised to public sector workers, some of whom retire at age 45. It is a long time between 45 and when Medicare kicks in. Even after they are eligible for Medicare, some of those contracts promise to pick up the cost of the supplements.

Let's play a mental exercise: What happens when $4T starts chasing stocks which are currently valued at $30T. It is reasonable to assume that the prices of stocks will go up!

Even if you expand the $30T equity market to include the $40T bond market, pumping that amount of liquidity into it will push prices up. You only beat so much froth into the meringue before it collapses.

The flip-side is that the prices of equities and bonds will DROP as retirees start withdrawing and the funds become net redeemers rather than net investors. You can make the dance as complicated as you want but when net consumers outrun net producers bad things happen.

So even after the $4T shortfall is backfilled by Federal dollars, it will not be enough when the tide of investment returns reverse and the markets are gutted. Not only will it tank Public Pension funds but it will crush every other investor with exposure to dollars. The Covid Relief bill knocked holes in the firewalls that compartmentalized Public Pension risk and made the risk systemic to the entire economy.