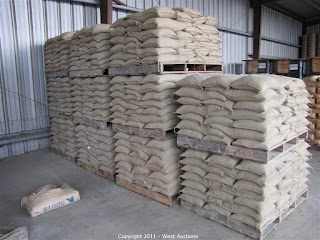 The Seven-to-the-Seventh movement started out as research for a Doctoral thesis.

Xio Pei Lui, lately of Princeton but now seeking his Ph.D at Boston University needed to perform unique, ground-breaking research. Born in Harbin, China, his parents moved to the US when he was six. Unlike his father, he chose to study psychology.

It was an uphill slog. Very few professions are as resistant to outsiders as the social sciences and his professors could not envision him in clinical work (after all, how many poorly adjusted Asians do you see?) and they certainly did not want to have to contend with a flood of motivated Asians fighting for Professor track jobs.

Consequently, the guidance he received from his major professor-advisor was haphazard at best and deliberately misleading at worst. That is how Xio Pei found himself invested in a topic that was virtually guaranteed to spike his thesis: working title, “Quantifying the gullibility of Political Science, Criminal Justice and Social Sciences upper-classmen of Boston University”.

Mr Lui knew that the typical methods of extracting information had grave shortcomings. For one thing, participants will give the answers they think are expected rather than the answers that lie closest to their hearts. This has been know since the time of the Ford Edsel, a car designed based on the answers reported in formal surveys.

Mr Lui came up with a novel idea as befitted his native intelligence, his diligence and the needs of his thesis: He started a religion.

His plan was to start with credible pablum and to progressively layer on more-and-more outlandish claims. His metrics were the number of adherents and their “involvement” based on the amount of engagement in social media.

Spoiler: One line in the Abstract of his draft thesis read “Good faith efforts to plumb the depths of Boston University undergraduates' credulousness revealed that there is no line long enough to find the bottom.”

To Lui’s surprise, no claim was too extravagant. For every acolyte who left in disgust, eight more joined. Stephanie Stewart was one of those early joiners.
The need to find ever-more unlikely and offensive-to-common-sense claims would have stumped a less gifted of a scholar than Mr Lui. But Mr Lui mined the electronic libraries of the world.
None of his followers had the mental acuity to question why a demi-god who promised immortality had to be reincarnated.

As suddenly as the S2SP showed up, Mr Liu disappeared. The doctoral committee unanimously rejected his thesis and his research and informed him that he would have to start over.

Having wasted nearly three years of his life on his trashed doctoral research, Mr Lui abandoned his Ph.D., took out a loan from his father and opened an appliance store in Ashland, Ohio. Mr Liu joked that he went from a demi-god to a refrigerator magnate in the space of two weeks.

His twenty-thousand fanatical followers believed that he had transmorgified and moved on to another plane. They continued to trip on magic mushrooms (and LSD when it was cheaper) awaiting further direction.

That is when Evelyn Lovelace stumbled upon them. Twenty-thousand freaks primed and ready to slaughter 99.7% of the U.S. population in the name of “Gaia”. All they needed were the means.

It was trivial for Mrs Lovelace to have bags of Turkish ammonium nitrate rebagged as Turkish Portland cement powder, placed on pallets and then covered with legitimate bags of concrete. The Lovelace family had grown in power and influence during the Prohibition by smuggling booze. A few bags of “fake” cement powder was a piece of cake.

Once the Conex containers were state-side, they were shipped to a small facility for sorting. Heavy bags went back on pallets. Light bags went into the back of a pick-up truck with muddy license plants.

The difference between sand and quicksand is that quicksand sits atop a spring. The up-welling water lifts the sand and separates it. Sand is solid and unyielding. Quick-sand is in a flux and will conform to the shape of any form it is poured into.
Posted by Eaton Rapids Joe at 12:30 AM