We are all the same beneath the skin

I was having a conversation in the back of the church after Mass on Sunday. 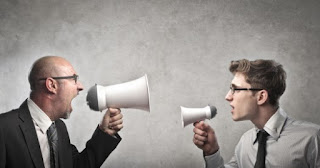 We were lamenting the lack of civility in public discourse.  Regardless of the topic, people get emotional and regress to about four years of age.

One of the people in the conversation made the comment, "I don't know why it is so hard to stay civil.  We are all the same beneath our skin."

I was nodding in agreement until I thought, "Wait a minute.  That is not exactly true!"

"We are all the same beneath the skin" seems to be one of those statements that is so obviously true that it merits no discussion. It is a statement that is almost always readily agreed to without any serious thought or discussion.

Medical Ethics Case Study
Suppose you are the counselor at a hospital and an expectant mother comes to you.  She was referred to you by her physician.

The mother is profoundly deaf due to a genetic condition.  She communicates by using a tablet.  She had requested that her unborn baby be tested to see if he/she was afflicted with the same genetic condition she, the mother, had.  The mother intended to abort the baby based on the results.  It was early enough in the pregnancy that she did not intend to tell the father if she chose to abort.

Also suppose that you think that abortions are a valid response in the case of profound disabilities.  You don't see the problem with this scenario and don't understand why the physician referred the expectant mother to you....

The mother informs you that she intends to abort the baby if he/she will be able to hear.

At that point, many people studying medical ethics cough up a hair-ball.  They were fine with abortion as long as the "mean" was regressing toward their vision of what was ideal.  Their struggle was that the deaf woman considered non-deafness to be a disability.  That is, the mother would have considered the medical ethics students (who presumably were all capable of hearing) to be disabled.

We are all the same beneath the skin
I think the innate appeal of this statement is that we all assume that beneath the skin, everybody wants to be just like me!  Yes, me, number-one, yours truly, the apex of human evolution.  Me. 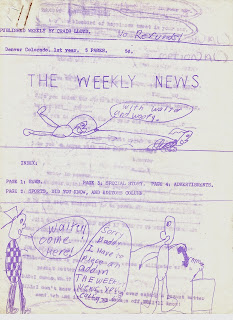 Even if we believe that all humans were created in the image and likeness of God, don't we all believe that we are the first-and-truest mimeograph run on the divine duplicator? Everybody else is just a bit faded or smudged or distorted.

So it is beguiling to believe that "We are all the same..." that is, everybody wants to be exactly like the pinnacle of human evolution (me)..."beneath the skin."

Saying "We are all the same beneath the skin" might be more of a statement of egotism or xenophobia than to acknowledge that "People are a diverse lot and can be very, very different."

---That is not to say that the person who originally uttered this phrase in the back of the church is egotistical or xenophobic.  They were laying a foundation for a theme they were developing and "We are all...." seemed like solid rock.---
Posted by Eaton Rapids Joe at 1:33 PM