Fashion is a form of ugly...


Fashion is a form of ugly so intolerable that we must change it every six months.   -attributed to Oscar Wilde 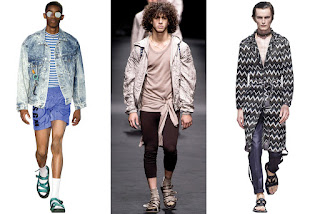 This is family reunion weekend.

I attended a patio party last night and I learned that houses are subject to the diktats of style.  Oh, the horror. 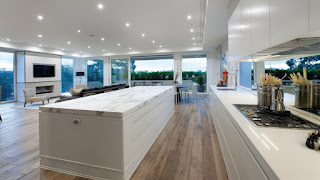 Consider the fashion spread shown above.  That is not Lenin's sarcophagus in the center of the photo.  It is a table or a counter.  I am not going to belabor the point, but how do you clamp a reloading press or a sausage grinder to that surface?  The other thing is that it is a bitch to sweep spilled smokeless powder out of the joints in the plank floor.  You would also be amazed at the amount of evidence that a forensics tech can dig out of those floors using a simple dental pick. 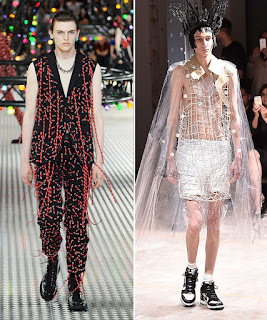 I also learned that houses have "colors" and that they change every year.

Do you remember when refrigerators were white, weighed 300 pounds and lasted for fifty years?  No longer.

I like to think of my house as "vintage".    I understand about personalizing the spaces we live in.  I am a master of the art.  I use a fashion technique my wife calls "clutter".  I wish I could patent the technique as I see it is widely used.

The most magnificent thing about using clutter as a styling feature is that it changes daily.  I am always on the bleeding edge of fashion. 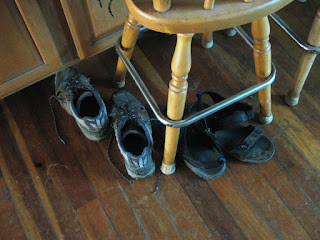 The second most magnificent thing about using clutter as a fashion statement is that I can change the pair of footware (swapping out a pair of black sandals for a pair of gray running shoes) I cached beneath a chair without having to totally change three more rooms to make them match. You cannot say that about floor coverings.

And the arguments that having a stylish house will make it sell faster or for more money ring hollow.  I hope to live here for a very, very long time.

Another factor comes into play.  I watch Kubota's friends try to sell him cars and trucks.  They are trying to recover the money they sank into lift kits, mudders (tires), fancy wheels, stereos, subwoofers, fancy upholstery and so on.  While those trucks may look cool, they are not Kubota.  They were personalized but they were not personalized by Kubota and most of those enhancements actually reduce the truck's value as a means to get to work every day.

It is a blessing to be oblivious to the ever-changing swirls and eddies of fashion.


---added five minutes later---
Upon rereading, this post is too snarky by half.

The hosts of the patio party were gracious beyond words.  The male host offered samples of a couple of new single-malt whiskys that fell into his clutches.  Both were 12 years old.  The first one was called Highland Park.  The other, if I remember correctly, was called Hamtramck Heights.

I enjoyed my evening even as I marvel at what people spend money on.
Posted by Eaton Rapids Joe at 6:54 AM