A tale of two cities

Mish Sedlock has a very good essay over at Zerohedge about Cook County, Illinois's loss of population.

His underlying thesis is that governmental units will not be able to tax their way out of their budget problems.  This is not a Laffer Curve argument.  This is a votes-with-their-feet argument. 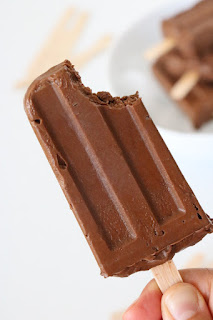 The Laffer Curve is based on the belief that high marginal tax rates reduce economic activity because it shrinks the marginal gain (profit) from incremental activity.  As a kid you might have been willing to do ten pushups for a fudgesicle.  How many pushups would you be willing to do if the fudgesicle already had four large bites already taken out of it?  Probably not ten.

I think it is a great essay but have a couple of issues with Mish's chart.

For one thing, it lacks context.  Why didn't he show how Cook County's population compares to other rust-belt cities?
Another issue regards the scale.  In my humble opinion, the best scale when discussing changes over a long time period is to use a logarithmic scale.  Log scales are magical because an equal vertical increment is the same, percentage wise, anywhere on the chart.
Comparing Wayne County (Detroit) and Cook County (Chicago) makes them look very different.  Wayne County was a one-trick pony.  Wayne County showed explosive growth in the first quarter of the last century as automobiles took over the country and went into a long slide starting in the mid-1960s.

Cook County has a more diverse economy.  The county grew but not as explosively (in percentage terms) as Wayne County.

While some might take heart in the fact that Cook County population pretty much plateaued post-1970 (as opposed to dropping), it should be noticed that the only other time Cook County showed a decade-on-decade flatline was the 1930s when the country endured a depression.

Predicting implosions is tricky business.  Observers can document the potential energy but they cannot predict the triggering event.  Cook County (and Illinois) could be on its knees in 2018 or it could stumble along for another thirty years.