The conservative movement is dead on its feet; like a deer shot through the heart, making that last, improbable, ten-second, 200 yard dash.

The population of the US is still growing. 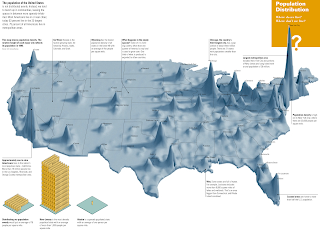 The growth is accumulating in urban areas.

The soil of urban areas are hostile to conservative principles.

QED.  Fellow conservatives:  We are doomed.  Use the next ten seconds and 200 yards with care and forethought.

Clearance, or space between moving parts, is a marvelous thing.  It allows for non-conformity and still allows the "whole" to function.  Compare and contrast a trailer park and a National Forest (outside the campgrounds, please).  Where is the drama?

The only way to survive in crowded places is to restrict the allowable actions.  Consider an elevator.  Even morons know it is not OK to pass gas on an elevator, especially if there is no way to exit.

This analysis also suggests that the liberal-left is doomed, at least those factions that incite violence.  Violence is suicidal in an elevator or life-boat.

Air flow
The common passenger car shrunk from 1975 until 2000.  Not only did it shrink but more functions (including emission controls) were added.  For example, the percentage of vehicles with air conditioning rose from a minority to almost 100% penetration.  More and more crap was crammed into a shrinking space.

By the mid-1980s, vehicle fires that originated beneath  the hood during normal operation started to occur.  A typical scenario would read:


XYZ was pulling a trailer on the freeway.  The vehicle was traveling at 70 miles per hour and experienced  a fifteen mile per hour headwind.  After pulling the trailer for two hours the driver exited the freeway and pulled into a restaurant's drive-through window.  While waiting in line, flames erupted from beneath the hood of the vehicle.

Why did these fires start happening?  Usually it was because the exhaust manifold or exhaust pipe was routed close to the power steering system.  More hardware beneath the hood meant that less air could percolate through the engine compartment and carry off heat.  The exhaust system would get cherry red from pulling a trailer against 85 MPH wind resistance.  While driving the ram air was enough to keep the O-rings in the power steering system from cooking-off.

Pulling into the drive-through line meant that there was no ram air.  When the O-ring(s) went Tango-Uniform, the high pressure hydraulic fluid (oil) sprayed the inside of the motor compartment.  The pressure was high enough to atomize the fluid...oh, and remember, the exhaust pipes ran right by the power steering system.

This was not a problem in the old days.  In the old days you could throw a handful of change at the bottom of your raised hood and more than half of the coins would trickle through the open spaces in the motor compartment and land on the ground.    The cooling effect of the moving air used to be so abundant that nobody had to think about it. By the mid-eighties only 5% of those coins might find the ground.

Since outlawing drive-through windows was beyond the power of the auto industry, they started creating "Cooling Air Czars".  Cooling Air Czars implemented a "budget based" approach to underhood air.  There was only so much.  Not only was it a zero-sum game, but increasing the number of baffles and deflectors increased the flow resistance thereby decreasing the amount of total air flow available. 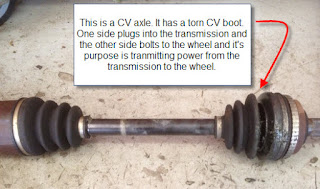 Suppose you were an engineer who was responsible for the front axle and the boot on your CV joint kept failing due to heat.  Before the Cooling Air Czar you would simply command that an air deflector be positioned to deflect large amounts of air onto your precious boot.  After the Cooling Air Czar you had to estimate the exact minimum number of liters of air per minute you needed, and then you had to fight for your allocation.  If you were lucky enough to get some flow allocated to your problem you then had to design a deflector that delivered exactly the approved amount.  Life was vastly more complicated.

Interesting, but what does that have to do with personal freedoms?
Urban areas are like the modern engine compartments.  More functions crammed into tighter spaces.  Resources that once seemed unlimited must now be rationed.

Granted, the market is great at allocating resources but that is not how people whose car caught on fire think.  They want a Czar.  The auto companies did not set up auctions and give each engineer a set number of tokens.  They knighted some guy named Bob or Steve or Woody or George and he made the decisions. 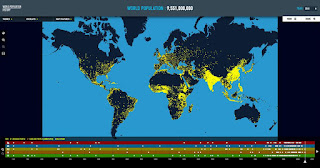 The world population only has one place to "spill" and it is not Siberia.

The population of the US will not go down unless there is an uber-pandemic or nuclear war.  Those people are landing in cities.

The freedoms that conservatives take for granted will be under extreme pressure for geopolitical reasons.

The best we will be able to manage is to follow Ol' Remu's advice and stay away from crowds.