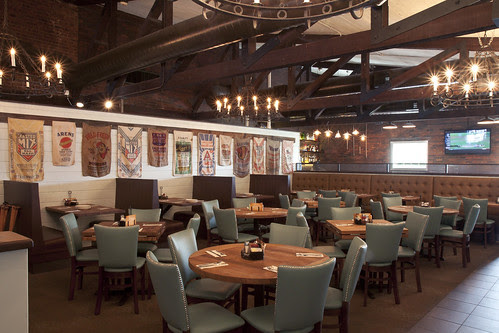 
I can hear my progressive friends ask, "But what more would you have had Obama do?"

The two items that seem to be in shortest supply for new businesses are the owner's time and liquidity.

Both of those limiting factors take a torpedo below the waterline when bedeviled by regulation.

This story was shared by Charles Hugh Smith but it happens on an hourly basis all across America.  It is sobering.

Irrational inspection/approval processes destroy the entrepreneur's ability to get his business off the end of the runway.

Think of the entrepreneur's activities as the Process.  The last stage of the process is an inspection or approval function.  According to Mark Nissen (private conversations) people seem to be naturally calibrated to approve 50% of the work stream.  Inspectors know they are not adding any value, and are thus expendable, if they accept all product.  Inspectors know that there will be no revenue if they reject all product.  The easiest way to keep track is to fall into the pattern of Ship-Reject-Ship-Reject-S-R-S.....

Note that when half of the work is rejected the process must handle every issue an average of two times.  That is, the process's net output is half of the process's gross capacity.  Since the process, the entrepreneur, is the limiting factor that means that everything takes twice as long.


Suppose there are three layers of inspections.  They do not even need to be for the same issues.

The Approved rate drops down to 12.5% and everything takes 8 times longer.  Meanwhile the entrepreneur is burning through cash and has no income to replace it.


Establish a Federal ombudsman who handles appeals regarding onerous regulations.  If the regulation is more stringent than National Codes (like the National Electric Code), the burden of proof will be on the municipality to demonstrate the need, i.e., bring data supporting the beefed up code.

Southern Belle once took the family to eat at a pizza place in Cook County, Illinois.  She raved about it and called it Illuminatis.  Except the spelling was a little different, the sign outside the place read, "Lou Malnati's"

Wondering if the name was a play on words, if perhaps they were proud of their lights, I actually looked at the chandeliers.

There are some environments where safety chaining/cabling is warranted:  Seismically active zones, factories, trains that sway.  Suburban Chicago is none of those.  Yes, they have that quaint story about Mrs O'Leary's cow but that has since been debunked as an urban legend.  Furthermore, the actual lamps in the fixture are not candles or kerosene wicks.  They are electric.

The only plausible explanation is that safety chaining light fixtures keeps special interest groups employed.  Quid pro quo, you keep my brothers employed and I will deliver votes to your party.

Entrenched political powers benefit from it.  The only venue that can peel those regulations away is to arbitrate at the federal level.  The ruling of the arbitrator has the force of law until the ruling is reviewed in a court of law.  That is, the business owner can act on the arbitrator's ruling and not be left dangling for years waiting for his case to come to trial.


One of my wife's cousins bought an old, Victorian house in a very old part of town with the intention of using it as a place of business.  The house is in a part of town that needs businesses.    These houses are LARGE.  These houses can be inexpensive.

These houses are nearly impossible to make ADA compliant.

My wife's cousin is not an idiot.  They reconfigured their business so they deliver their product/services "in-home".  Clients are not allowed to come to "the home office".  While their business could be bent into that value delivery mode, not every business can.  Furthermore, the local area receives no spill-over benefit.  No customers stop in to buy lunch or drop off their shoes to be repaired.  The neighborhood remains a business dead-zone.

Time is money.  Suppose you are a business owner in Wayne County, Michigan.  You can purchase telephone service from countless suppliers and they can deliver it over AT&T phone lines.  You can buy natural gas from out-of-state suppliers.

Why do inspections have to be done by Wayne County employees?  That is "capture" and can result in extreme delays in getting approvals.

A business owner ought to have the ability to "shop" inspection services from any adjacent county/municipality.  So our entrepreneur in Wayne County could call Monroe, Washtenaw, Oakland and Macomb county and hire one of them to approve his structure.  After all, we already eliminated the variation in regulations via the "Eliminate quid pro quo regulations" initiative.

Why might this be good?  There is a statistical concept call regression-to-the-mean.  Smaller samples tend to be lumpy...either over-worked or under-worked.  This can be demonstrated by flipping a coin.  A single flip will result in either a "Head" or a "Tail", both of which are extremes.  A hundred flips of the coin will result in a ratio that is much closer to the theoretical mean of 50:50.  Increasing the pool of inspectors will smooth the work load and result in much faster service in the areas with the most demand.