Firewood that snap, crackles and pops 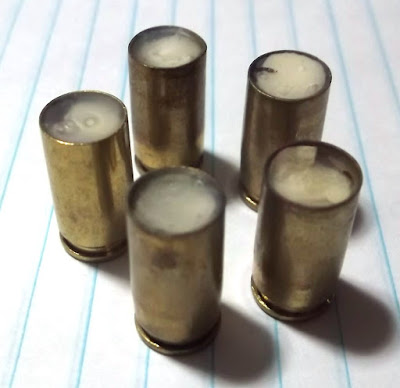 One of my coffee drinking buddies is in his mid-70s and he heats with wood that he cuts himself.  He goes back in his swamp, drops the trees, bucks them up, pitches them into his truck and then cuts them into stovewood.  He never runs very far ahead.  His swamp is filled with dead, standing elm and ash.  He might have a couple of weeks of bucked up logs and a week's worth of stovewood stacked near the porch, tops.

You might think this is inefficient, but it is not.  It limits the amount of wood that some local, low-life scum can steal.  Yes, somebody steals his firewood.  And it happened again this week.

He was fuming.  He knows the yahoo will be back because the yahoo did not steal enough wood to last very long.  He would press charges but his wife is a fine, charitable woman who assumes that the folks stealing the wood need it more than they do.  Not everybody has a fine, 15 acre swamp to cut wood in.  Of course, she has yet to volunteer to go with her husband and recut it.

So, my coffee drinking buddy is about to cut down a live cottonwood cut it into stovewood sized chunks.  You might as well try to burn ice cubes as burn green cottonwood.

As a completely tangential observation, 12 grains (0.8 grams) of fffg black powder handily fits in a 9mm casing with plenty of room to glue a paper patch over the top.  That is about 1/4 of an M-80.  It should be enough to rattle the rivets.

Yes, I am aware that the case could come flying out of the stove like a rocket should it detonate while the miscreant had the door open...say while loading wood into the stove.  I also want to point out that cutting firewood in a swamp is also hazardous work, especially when the guy doing it is 74.  Chainsaws, trip hazards, trees falling on you, heart attacks, falling through the ice, sticks lancing eyeballs....the list is endless.  It should be pretty clear that my sympathies lie with the 74 year old woodsman and not the 45 year old, theiving lard-ass.

---Edited to add---
My coffee drinking buddy politely declined the squibs He figured he would forget and toss it into his own stove, then he might have some 'splaining to do.  The thought did make him smile. Probably a good thing he declined.  Making them was not the wisest thing I ever did (but it is also not the dumbest).

Posted by Eaton Rapids Joe at 6:14 AM