One thing leads to another which leads to a third.

The discussion about the Woodland Caribou led to a reader sending me information about lichens.

Most of us who know anything about lichens think about the silver-dollar sized patches of pastel mush pasted to rocks and the bark of old trees.

Some scholars suggest that the manna in the dessert that fed the wandering Israelites may have been lichens delivered by the hand of God.

Not all lichens are two-dimensional. Some of them resemble Spanish Moss and represent a fine example of convergent evolution...or God reusing something that worked elsewhere. Take your pick. The most notable genus of lichens that do so are Usnea. 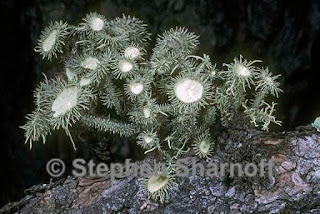 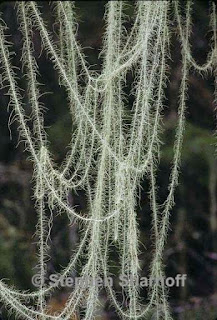 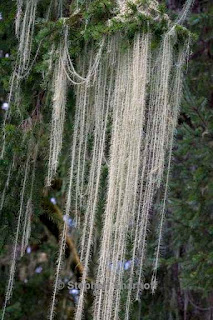 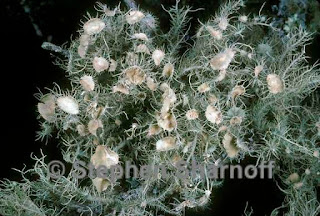 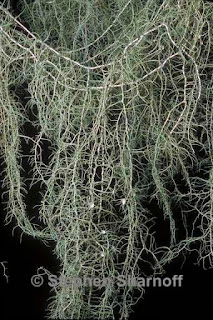 There are dozens of species of Usnea and many of them happily grow on the leeward sides of the Great Lakes and at elevation in the Appalachian Mountains.

They are also found in great abundance in the Pacific Northwest wherever it gets foggy. Dried Usnea sells for about $20 a pound on eBay. How do I know this? I went looking. You cannot buy a package of lichen seeds. Lichens are symbiotic relationships between a species of fungi and a species of algae. Propagation is very much a hit and mostly miss affair as both organisms need to show up at the same place at the same time.

The easiest way to propagate lichens is to strategically place some crumbles (or in the case of Usnea, tie some strands) from an existing specimen in the place you want new ones. In my case, I think it would be very cool to reintroduce Usnea to my area on the lower branches of Pin Oak and Swamp White Oak. Both species grow where fog accumulates (low areas) and both species are notoriously poor at pruning their lower, dead limbs. Thus, a ready made, long lasting scaffold for Usnea to colonize.

Imagine that, lichens hanging from trees where a happy caribou does not even need to paw the snow away!

Wolf Lichens
Not all lichens are edible.

For example, Letharia species are rich in a toxin, vulpinic acid, that has been used to poison wolves and coyotes. 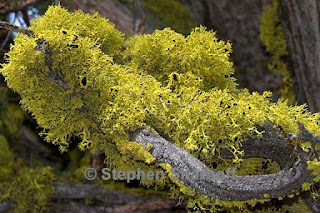 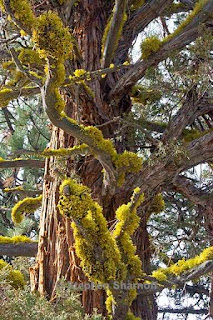 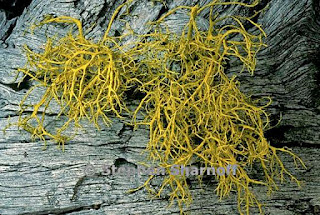 Note the yellow color. In this case, yellow is poison.