A letter of appreciation to Mr Mark Zuckerberg 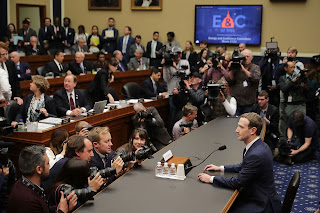 It was reported in the news that Mr Zuckerberg threw up his hands and said something to the effect "All you guys want to do is criticize. I cannot decide what speech is hateful and should be forbidden and which is protected under the Bill of Rights. If you want me to censor my corner of the internet you have to legislate what is, and isn't permissible."

The conservative slice of the internet went nuts. "OMG, it is all over now."

I think the conservatives are looking at it all wrong.

Me and Zuck
First, I want everybody to know that me and Zuck are not best-buds. We don't socialize. We move in different circles.

I am not fond of his products nor do I think the market valuation of his companys' products are sustainable.

But I commend him on his business acumen and his focus.

Optimistically, there is a 1e-4 -to- 1e-05 chance that Mr Zuckerburg will be informed of this letter.

Mortality and Morbidity of Hate Speech
One must conclude that Hate Speech sports a M&M rate much higher than suicide based on the number of minutes devoted to it on the major news networks.

Such a high degree of virulence demands the highest level of scrutiny and our very best "best science".

That would be the Food and Drug Administration.

We could expect similar levels of productivity for the banning of words.

Given that there are at least 200 slang words for the tallywhacker, anaconda, pocket rocket, it will take almost four years to eradicate the irresponsible use of those euphemisms.

There are at least as many slang words in common usage for the female counterpart of the chicken, ol' blue, sparky.

Transparency
The insidious thing about the PC pressure for Facebook and others to censor free speech is the lack of transparency. My buddy Zuck cannot win. Somebody will always swoon.

By handing the responsibility to Congress to legislate and thence to the Executive branch to execute, transparency will be served and decisions can be challenged in court.

The censoring of a given word, "Slinky" for instance, can be challenged by those who would be economically damaged by the carte blanch striking of all posts, essays, articles and ads that mention "Slinky", for instance.

Mr Zuckerberg, recognizing that he had been given a no-win task dumped the mess back into the laps of the grandstanding camera hogs. He made them "own" it.