On Tuesday I was assigned work that was physically demanding.

One of the regulars called in and said he was not able to come to work because something had come up.  The boss tapped me to replace him.  I did not realize it at the time but it was a huge vote of confidence.

We worked as a two person team.  For the first four hours I was teamed up with the twenty year old mentioned HERE.  One of his functions was to control the work flow.  He operated the equipment smoothly and quickly calibrated to my lack-of-ability.  I was able to do about 65% of what he could.  He adapted and drove the shuttle so he was in front of 3/5ths of the work and I had 2/5ths in front of me. 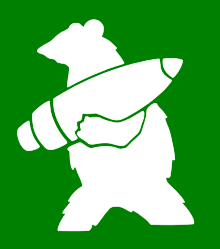 He is well read.  He regaled me with stories of Wojtek, the Ursine, Polish private from WWII.  He told me about his dog.

I asked him, "If you could only have one handgun, what would it be?"

His reply was, "A Glock or a SIG...or a Smith and Wesson .357 magnum with a four inch barrel and rubber grips."

We talked about the difficulty of knowing when you were in mortal peril.

We talked about the victim selection process.

We talked about Hoffer's True Believers.

We talked about girls.  I assured him that it is not hard to talk "to" girls.  Once they have decided that they are interested in you, your main job will be to listen.

By the time three-and-a-half hours had gone by my back was starting to hurt.  There was a lot of reaching and bending.  I am afraid I may have slowed down and let the machine do more of the work.

I think being forty pounds overweight really kicked my butt.  Leaning over and reaching when you are fat is just that much more stress.

The boss asked me how I liked it.  The machinery was fascinating.  I also told him that I could not do that every day, yet.  I told him that I needed to work-harden.  I could probably do it day-on, day-off.  It helps that I am only working 5.5 hours a day.

I went home and laid down for a nap.  It was a very long nap.
Posted by Eaton Rapids Joe at 4:00 AM