Are there some products that defy easy display?

You bet there are.

Regulations
Meat is tough to display in a Farmer's Market venue due to regulations, and common sense guidelines regarding temperature.  The limited electrical power and the cost of coolers makes it difficult to display products that are high risk for food poisoning...foods like meat. 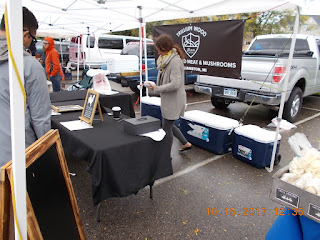 The Trillium Wood Farm booth was running a brisk business so I did not take many pictures.  They sold mushrooms, which were displayed, in addition to meats which were sold out of coolers.

They had silhouettes of the animals that produced the meats.  A nice compromise between being graphic and keeping things abstract.

One way to work around the issues of displaying meat is to display "related products" like BBQ sauce, marinades, rubs, wood chips for smoking, cooking utensils and the like. 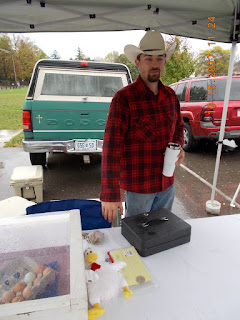 I really enjoyed my conversations with this young man who runs Circle F Ranch.  He was knowledgeable and not the least bit over-bearing.  In fact, he was downright "laid-back". 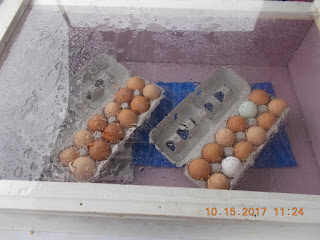 His signature products are pasture raised meats.  His displays were of eggs 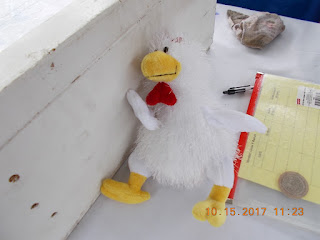 He also had a bowl of water out for passing dogs.

I asked him if the bowl of water was for "marketing" purposes.  He shook his head "No."  He said, "I just happen to like dogs."

Smells
Smelling is, perhaps, the most atavistic of senses.  It bypasses logic and is hardwired into emotion.

In the book Scratch Beginnings the author writes of day laborers working in the South Carolina sun for eight or ten hours and being paid in cash, only to be deprived of that cash when they pass a KFC store as they walk from the bus station to the mission shelter.  Even though they will be fed a filling meal within the hour, they are unable to resist the siren song of the smell of freshly fried chicken wafting across the sidewalk.

One of the more amusing incidents of my work career involved a production worker frying some bacon in the factory.

Management had ruled that cooking food was verboten but this guy was sure he could get away with cooking a little bit of breakfast.  After all, how much smell can a half pound of bacon make.

With the clarity of hindsight I can testify that a half pound of frying bacon can be discerned over a 120,000 square-foot footprint, on two separate floors.  While this was indoors, it was in a well ventilated, industrial building. 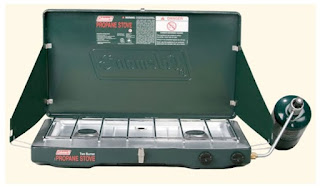 While a vendor might not be able to serve prepared foods, I do not believe there are any restrictions on his providing customers with a camp stove and recipes.  Perhaps frying bacon would be inflammatory in an international college town, but what about fried chicken skins (like pork rinds)?  What if they were deep-fat fried in shortening purchased from the local KFC?

A couple of random vendors 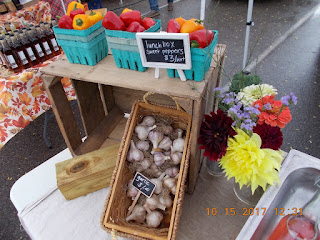 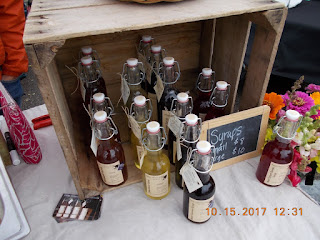 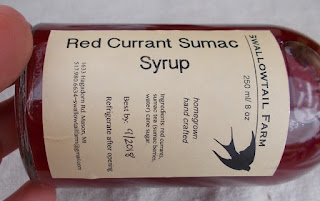 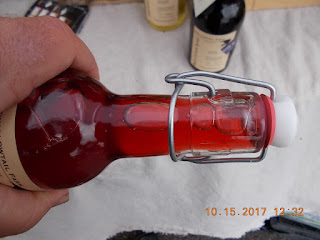 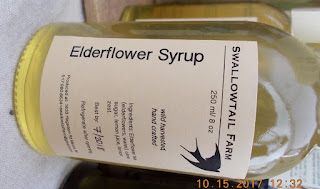 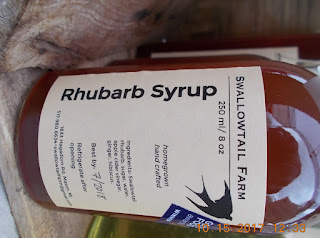 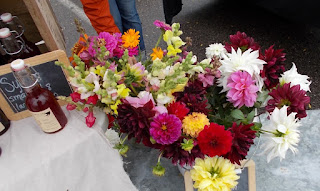 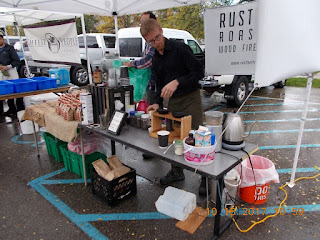 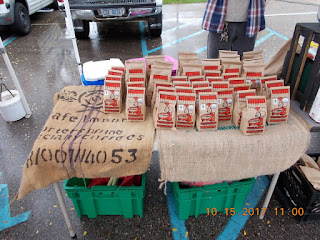 "Farmer's Markets" are a keystone component of the business ecosystem because they inhabit the interstice between more simply defined entities.

One facet of Farmer's Markets is that they are extraordinarily accommodating of people challenged by physical, mental and familial burdens.

One of the vendors I interviewed had experienced traumatic brain injury.  He was able to speak clearly and with well formed thoughts.  It simply took him longer to find the words and construct the sentences.  I asked him if he thought he could thrive in a more traditional 40 hour work-week environment.  His response was "No way."

Another vendor has a spouse who is completely disabled.  Being able to host a stall in a Farmer's Market is critical to the family's economic well-being and to their sense of dignity.

Another vendor I know who works at a different Farmer's Market has a spouse who suffers from early-onset Alzheimer's disease.

He works in his garden to remain centered.  He sells at a Farmer's Market so he can have interactions with a wide range of people.  His customers are his therapy.  It is what he needs to do to make things feel "normal" and it is what helps him get through his week.
Posted by Eaton Rapids Joe at 6:41 AM