I had just punched out when a family started coming through the main doors. I suspected that they had come from a distance because the first adult asked, "Where are the restrooms?" as he herded about seven boys into the proper room.

The matriarch of the family was the spitting image of my paternal grandmother.  Same face.  Same complexion.  Same height, hair, style of clothing, same sparkle in her eye.  She even tied a kerchief over her hair the same way.

I figured I could give them a few minutes since I was off the clock. 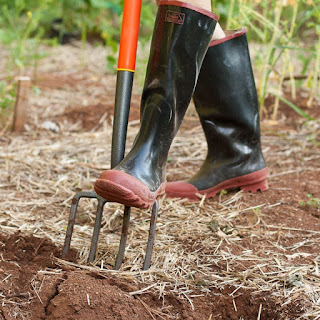 In chatting with them I learned that they were a Mennonite family from the flat-lands of Indiana.  The matriarch's husband is named Joe.  I shook hands with Joe.  His hands were the size of a small pitchfork.

They contacted my boss last week and asked if they could tour his business.  They are in the same basic business and think my boss does a lot of things right.

My boss told them that this was the busy time of year for him but he would let them wander the facility.  He would not be able to give them any "face" time.

The matriarch is a sharp as a tack.  She asked my opinion on something.  I said it was not my place to tell anybody how to go about their business, besides, all I could give them was an opinion.

And she responded, "And that is exactly what I asked you for, your opinion."  And so I shared my opinion.

I called the boss and confirmed that he was good with 15 people wandering around and he said he was.

I thanked them for driving all the way from Indian and then walked out to my truck, forgetting to pick up my lunch bucket and water jug.
Posted by Eaton Rapids Joe at 4:26 PM