Winter rye as a cover crop 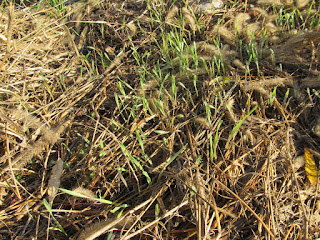 Back in the 1980s and 1990s there was a huge amount of research into the use of winter rye (aka, cereal rye, rye grain) as a cover crop.  Proponents of using rye claimed it had allopathic activity that reduced weed populations, depressed nematode populations, scavenged leaching nutrients and cured male pattern baldness.

Cereal rye produces several compounds in its plant tissues and releases root exudates that apparently inhibit germination and growth of weed seeds. These allelopathic effects, together with cereal rye's ability to smother other plants with cool weather growth, make it an ideal choice for weed control.

However, allelopathic compounds may suppress germination of small-seeded vegetable crops as well if they are planted shortly after the incorporation of cereal rye residue. Large-seeded crops and transplants rarely are affected. There is some evidence that the amount of allelopathic compounds in tillering plants is lower than in seedlings.


While this is not a slam-dunk at repressing nematodes, being less hospitable means there is a lower base population for attrition by weather and biotic factors whittle down.  Lower numbers is certainly more favorable than larger numbers of viable eggs. 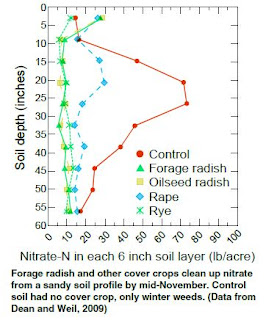 Trials testing rye as a cure for male pattern baldness ran into difficulties in preparing a seed bed deep enough for reliable germination and resistance of women to green hair.