Kubota has a New Tool

Kubota is now the proud owner of a 30% equity stake in a Mossberg 500A. 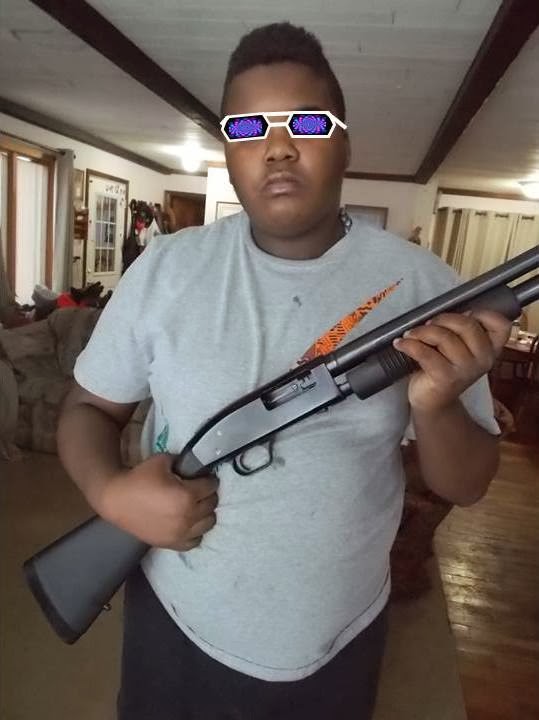 We went out and ran 25 shells through it.  He was shooting milk jugs suspended from the clothes line.  It functions very smoothly.

I promised him a dollar if he could shoot the milk jug off the top of one of the posts holding the clothes line.  What he did not know is that I had to cut slits in the bottom of the jug and press it down over some nails to keep the wind from blowing it off.  He did not win the dollar.


I saw something I never thought I would ever see.  A family (Man, Woman, two preschool aged kids) came into the shop and the woman bought a Glock in 40 S&W for home protection.  The woman was blind, stone-cold-blind.  She had a little cardboard cutout that she put over documents so her signature was guided.

She wanted to know if she could buy 15 bullets.  She intends to load the gun but does not intend to shoot the gun.

The store manager was legally compelled to sell her the gun.  She qualified, based on the paperwork.

That is a recipe for disaster.  She has little kids.  She intends to keep it squirreled away, loaded.  She does not intend to shoot it to familiarize herself with its operation and quirks.  She cannot physically  fulfill one of the Big Three, "Be sure of your target and what is behind it."  She just wants it for "scare value".

I like guns.  I like them a lot.  They are useful tools.  I don't think a gun is the best tool for this woman.

Pepper spray would be a more robust answer for her.  Mistakes can be made and you can still say "Sorry" in the morning.
Posted by Eaton Rapids Joe at 9:20 AM