Yesterday morning I was standing in line to get Mrs ERJ's CPAP machine serviced.  The gentleman who came in after I did was pretty beat up.  He walked with a cane and had his left arm in a sling.

We had conversation because the line was moving slowly and I am a curious person.

He needed a hip replacement.  The reason for the sling was that he had been out cutting firewood.  He was limbing out a top when a branch spun around and spanked him from behind.

That put a crimp in his cash flow.  He cuts firewood professionally.

He has been getting calls from customers.  They thought they had plenty of firewood for the winter but are running out.  Michigan typically experiences January temperatures of 20-to-30 degrees Fahrenheit with one or two dips down below zero.  This year, temperatures have been much lower, for longer periods of time.

In addition, wind speeds have been up. Some of those large farmhouses are veritable sieves.  Even the basement walls are porous. I have seen many foundations made of round, field stone with just enough mortar to keep them crumbling into a heap.  A little bit of wind makes those old farmhouses much harder to heat.

Finally, we usually get a mid-January thaw that melts the snow, saturates the ground.  The ground is ideal for driving on after it re-freezes.  It is as hard as pavement.  This year, we never had a mid-January thaw.

Snow in the woods 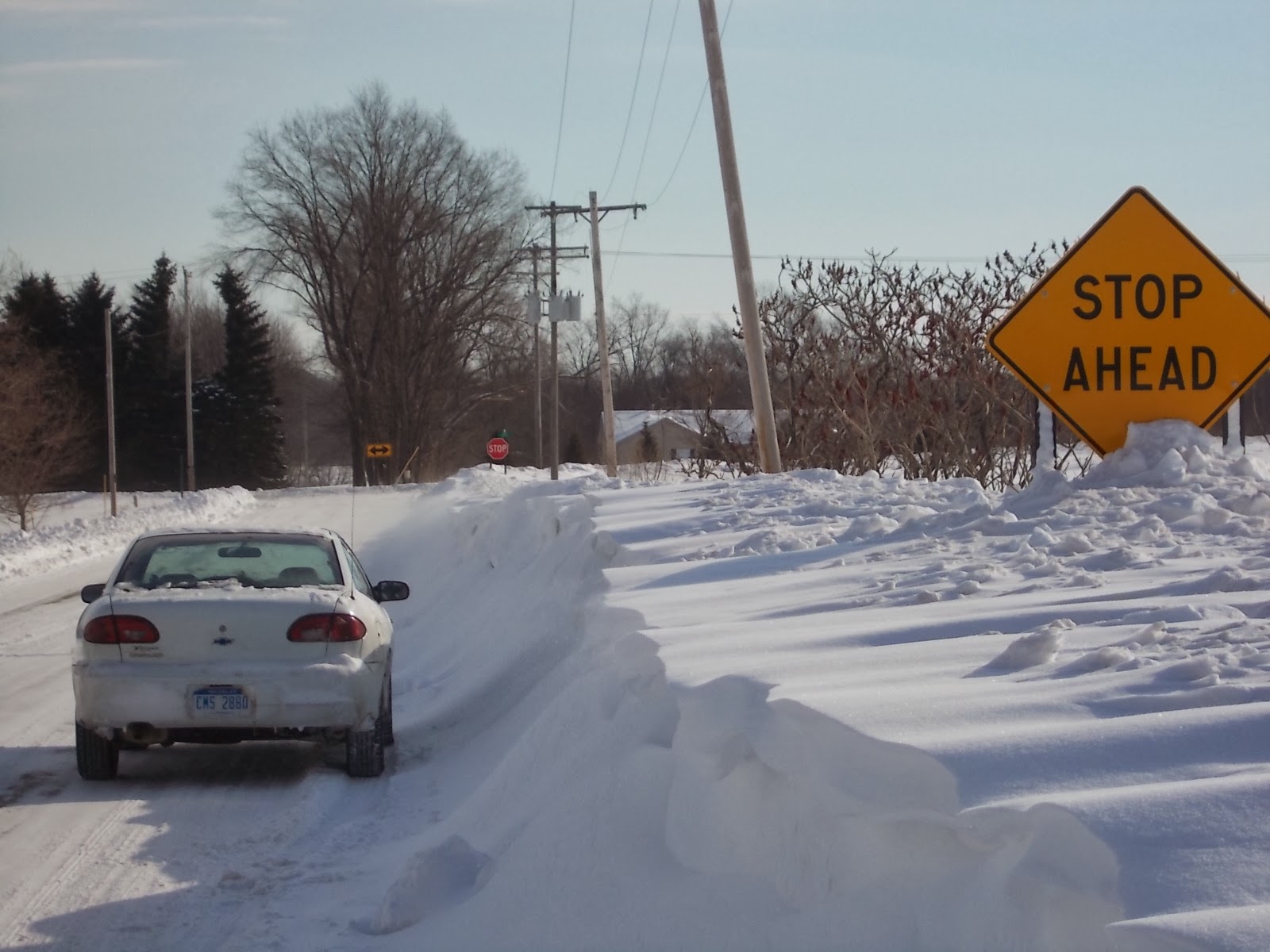 Snow is another factor contributing to the shortage of firewood.  Almost nobody can get into the woods.

Yeah, people can ride around on snowmobiles but you cannot haul out 2 full cords of wood per trip with a Ski-doo.  The deep snow drifts bog down trucks and conventional tractors.  Think about it.  The wind picks up the snow as it speeds across the open fields.  It hits the woods and slows down.  Where do you think the wind dumps all that snow it picked up?

The homeowners who have back up heating (usually LP), and can afford it will bite the bullet and heat with conventional.  Those homeowners who do not have a back up system, or cannot afford to fill their fuel tank....well, they will be wearing a lot of sweaters.
Posted by Eaton Rapids Joe at 7:21 AM