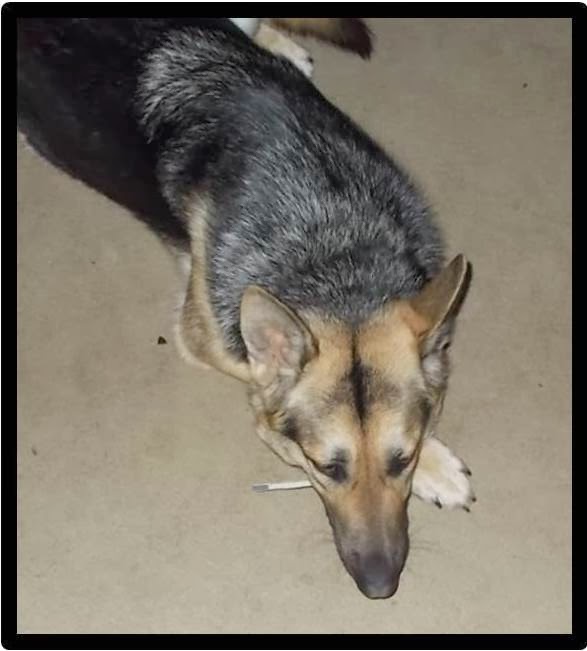 I asked Belladonna why she did not read my blog.

She told me it was boring and waaayyy too nerdy.

I asked her what I could do to jazz it up.

She suggested that I add pictures of dogs and have more "fun" items.


I dropped into Kubota's math tutoring session a little bit early today.  They were studying exponents.

One handy little factoid is that 2^10 equals 1024.  Close enough to one thousand for estimating work.  2^20 is a little more than a thousand thousands....or a skooch over one million.

Any sufficiently advanced technology (or trick) is indistinguishable from magic.


A typical "college" dictionary has about 55,000 entries.  That means that you can narrow your search down with 17 discrete pieces of information if you can effectively "halve" your search with each piece of information.

Ask the sucker to select a word (entry, not in the definition).  Split the dictionary.  Select the first entry on the page.  Ask, "Is the word you selected before 'say word'?"  Use that information to halve the size of the 'universe' for the next dictionary split.

The mathematical term is "Search by bisection."

Good trouble shooters use this method when they split a circuit in half and check to determine which half of the circuit contains the problem....let's say a short.  Then they isolate the problem half.  Cut it in half and check the two remaining quarters to further narrow it down.  They continue the process until they find the defective component or wire run.

Medical people use the same method in diagnostics.  They create a universe of pathologies known to produce the gross symptoms.  Then they start "dividing" the tree  Infections/noninfections.....bacterial/viral.....gram positive/gram negative.


Suppose a smuggler has been caught with 81 boxes of bullets.  Each box holds 81 bullets.  One of the smuggler's helpers informed you that one of the bullets is pure gold.  You have eight minutes to either find that bullet or to let the smuggler go.  The only device you have available to you is a primitive (uncalibrated) but very precise balance scale.

How do you find the Golden Bullet in 8 minutes or less?

Take the 27 boxes you suspect contains the gold bullet.  Put 9 boxes on the left, 9 on the right.  Save the heavy lot of 9...or if they are the same, save the lot of 9 you did not weigh.

Take three boxes out of the lot of nine you saved and put them on the left.....

Take one box out of the lot of three that you saved and put it on the left....

Note that it took you 4 tests to narrow the search from 81 boxes of bullets to 1 box of bullet.

Use the exact same logic to search through the 81 bullets in the suspect box.

That should take another 4 tests.

Eight tests at one minute each seems reasonable.

I don't care who you are, but being able to sort through 6561 bullets to find one gold bullet in less than 8 minutes is waaayyy cool.  Especially when the only tool you needed was a two-by-four and a fulcrum.


One of my brothers is an accountant.  He tells me that it is really the rule of 78.  But 78 is not divisible by any common numbers and any gained precision is spurious.

The Rule of 72 holds that you can calculate how long it takes to double your money by dividing your (compound) interest rate into 72.  10% compound interest doubles your money in approximately seven years.  12% in six years.  6% takes twelve years.  20% takes about 3.5 years.  3% takes about twenty-five years.

Worked in reverse, the same calculation will estimate how long it takes to halve the buying power of your investment when the losses compound.

Like all approximations, the estimates get a little bit 'dirtier' as you get into the extreme high/low ranges.  But it is a great working tool for quick guestimates.

The comment about "spurious precision" was not a glib dismissal of my brother's observation.  Rather, it based on the fact that the quoted interest rate is not entirely meaningful until future inflation is factored in.  Future inflation is an unknowable thing.  So I prefer to be able to do the math in my head and not worry about the numbers to the right of the decimal point.

Finally, the impact inflation has on buying power is a compounding effect.  It is widely quoted that the Fed targets between 2% and 3% inflation.  Assuming the target is 3%, the buying power of the dollar you earn today will be cut in half by the year 2028.

That assumes that the Fed can actually manage the leaky, hysteresis ridden, sticky black box we call the economy.  That they can manage it without overshoot.  That they can anticipate and correct for supply side shocks (oil embargoes) and predatory currency manipulations by traders and foreign governments.