All is well that ends well

Mrs ERJ volun-told me that it would make her happy if I installed a TV at a local charity. 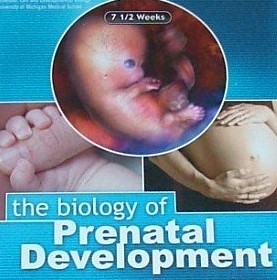 Belladonna donated the TV. I ponied up for the DVD player. The Director of Operations purchased the DVD.

I wanted to make a good first-impression; for Mrs ERJ's sake, of course.

The director wanted the TV in the far corner of the waiting-room, facing the doorway. That way potential clients who are walking down the hallway will see the TV and the DVD playing. The mounting hardware I brought would only mount the TV parallel to the wall.

No worries. Mrs ERJ must not be made to look bad. Adapt. Improvise. Overcome. Use the credit-card.

I pulled the cover off of the power outlet to find the stud. The center of the stud was 24-1/2" from the corner trim.

I measured in two places and very lightly marked the C/L of the stud with a pencil mark.

Then I tried to run a 3" deck-screw through the TV mounting bracket into the stud.

This time I made a trip to one of the local farm stores and bought self-drilling, self-tapping screws for pole-barns. As an afterthought, I purchased a drill-bit.

I was pissed off at the checkout. The 1/4" driver (I have several at home) that was priced at $6.99 on the shelf was $14.99 at checkout.  I swallowed hard and pulled out the credit card. Mrs ERJ would not be denied. Excuses don't cut it.

Back at the installation site, I tried the pole-barn screw with no effect. The peanut gallery was a-twitter.

Chuckling, I pulled out the drill bit and zipped through the stud...and pulled out sawdust. What the heck???

It would appear that I either hit the head of a nail or some diagonal bracing (strap) with the first screw.

Within minutes the TV was installed and hooked up to the DVD player. Fortunately, the Director of Operations had brought along her two sons who were more than happy to connect HDMI cables and program the setup for continuous looping.

It wasn't my best work but it wasn't my worst work either. The customer was happy (elated, in fact) and word will undoubtedly trickle back to Mrs ERJ that I made her look good.

The charity Mrs ERJ "suggested" I help is one of the local pregnancy centers and the Director of Operations wanted to show the video "The Biology of Prenatal Development". The video was produced by National Geographic and has very high "Production Values". It is slick and smooth.

Blurb: The Biology of Prenatal Development DVD describes human prenatal development through all 38 weeks of pregnancy, emphasizing the first trimester developmental period when all body systems and more than 90 percent of body parts emerge and begin to function.

This is a partial response to the Pro-live-vs-Pro-abortion tension migrating into the retail space.