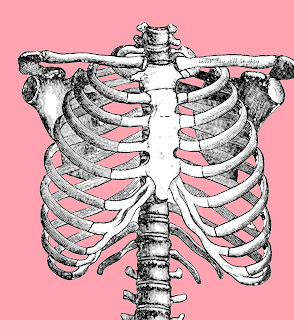 There I was, in public without a responsible adult and I was wondering what mayhem I could commit with my inexpensive walking cane should need arise.

Given the fact that it was manufactured from 1.0mm wall aluminum (probably 7075-T6), it didn't weigh much more than a fart on an elevator. Using it as a bludgeon was a non-starter. That left using it as a poking-tool as the only viable option.

According to the manufacturer, the cane was rated for 300 pounds at full extension. Since buckling load is proportional to 1/length^3, shortening the cane would vastly increase its load capacity and make it more robust for side-load. Shortening the cane also makes it easier to control and lowers the possibility of a thug taking it from you.

The preferred grip is to hold the handle beneath your boob and tightly clamped to your rib-cage and have your supporting (aiming) hand palm-up and gripping the ferrule. Maximum force comes from stiffening all of your joints and rotating, similar to clearing away defenders with your elbows after rebounding a basketball.

How much force to break a rib?

Given the elevation of the cane, the assailant's rib-cage is the only viable target.

The question of the day is "How much force does it take to break a human rib?"

There are very few academic papers that are not behind paywalls. This one is not behind a paywall and looks at young women ages 10-22.

The STRONGEST sample they tested of 33 samples taken from 17 women broke at 5.5 N-m.

That would be analogous to a six-inch sample supported on both ends by resting on a table and only being able to support 32 pounds applied to the center of the sample.

In my mind, that translates into about 45 pounds for a young male. Or, stated another way, poking a young thug in the ribs with the tip of my cane with a delivery force of 50 pounds is likely-to-highly likely to break one of his ribs.

What is the gut feel among you readers? Too high? Too low? Seems reasonable?

I was dismissive until I read that if you are not breaking ribs on patients while applying CPR you are probably not doing it right.

Ribs seem rugged because they are flexible and because they exist in a mesh of muscle that allow them to seamlessly shift load to neighboring ribs. In fact, we rarely talk about a "rib" singular because they work as a system. It looks like it takes surprisingly little load to break a rib (singular) when applied as a point load.