"The radical Christians are found in rural areas. Their towns are defenseless, they have almost no cops and their firefighters are volunteers...Forget burning cities. Cities are on our side. It is time for rural areas to feel the heat.

You (interesting choice of pronouns suggesting HE has no intention of placing himself in harms way) show up 100 deep in every rural town in a 50 mile radius intent on revolution..."

By my count, there are 46 municipalities that meet the definition of "rural town" within 50 miles of Lansing, Michigan*. To execute this "leader's" vision of shock-and-awe requires a minimum of 4600 recruits. Remember, that is the point-of-the-spear and traditionally the shaft of the spear is much larger than the point.

There are 45,000 students at MSU when it is in session which implies they would have to recruit 10% of the students to travel more than a mile from a Starbucks to regions where there is no free WIFI. But MSU is NOT in session.

Why the estimate of two-per-vehicle? Because the recruits will be drawn from the most anti-social elements. They cannot get along with normal people. How will cramming four of them in a car work out?

This yahoo proposes targeting on the State of Indiana. So the transport logistics went from driving 20 miles from East Lansing to Ovid, Michigan to driving 200 miles to Indiana. Logistical challenges rise at a rate of approximately R^2. That is not going to happen unless the effort is supported by governmental units. Even then, the issues of securing their transportation while protesting is a weak link. If the transportation is impaired, say flat tires or smashed glass, then the protestors are stranded in hostile territory. 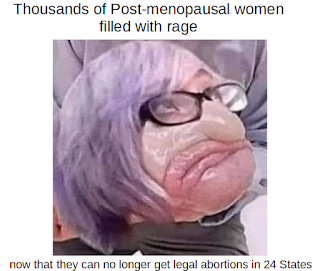 *I cheated and counted the number of communities in Clinton, Eaton, Ingham, Ionia and Shiawassee Counties that were not urban extensions of Lansing.