It was an attribute of Scattergood's peculiar genius that even after you had encountered him once, and come out the worse for it, you still rated him as a fatuous, guileless mound of flesh. You did not credit his successes to astuteness, but to blundering luck. Another point also should be noted: If Scattergood were  hunting bear he gave it out that his game was partridge. He would hunt partridge industriously and conspicuously until men's minds were turned quite away from the subject of bear. Then suddenly he would shift shotgun for rifle and come home with a bearskin in the wagon. Probably he would bring partridge, too, for he never neglected by-products.   -Scattergood Baines by Clarence Budington Kelland, 1921

The shredding of America
I see no evidence of it.

Were I called into court to testify I would have nothing to say.

Opening my yap would be a case of bearing false witness.

I know what the electronic media keeps grinding our noses into.  But I cannot testify about their stories  because I have no knowledge of the context.  The people who I interact with on a day-to-day basis are unfailingly civil and professional regardless of which way they may have voted.  It is very rare that they share what they did in the privacy of the voting booth.  Maybe it is a mid-Western thing.

Much of what I hear is people echoing something they saw on TV or on the Internet.  Most people, you can hear a change of tone, or pacing or vocabulary when they are "recitin'"  Reciting is not evidence, it is hear-say. 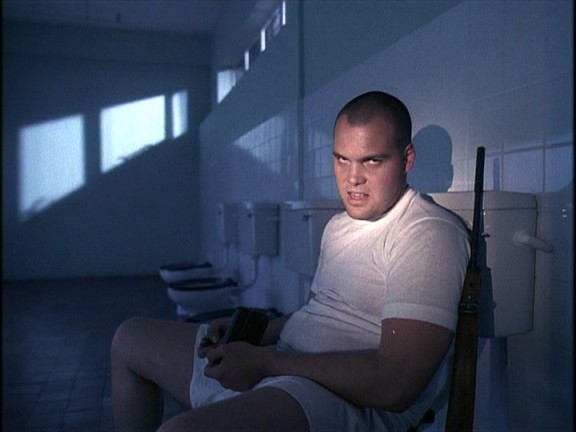 Even normal people can be jerks.  Five percent of any large population are certifiable screwballs.  They are highly resistant to the signals that communicate the norms of behavior.  Everybody else picks up those signals as naturally as breathing the air.  That five percent that cannot, or will not, would likely be diagnosable with some mental illness like Oppositional Defiant Disorder (ODD).

More than 60,000,000 people voted for both of the leading Presidential candidates.  Five percent of 60,000,000 is three million boneheads on each side.

The media can craft any story they want, any time they want.  It is simply a matter of paring away the context that does not support their preferred narrative.  Media sells clicks or ad time.  Not facts and news.  Never forget that most people store their brains (and souls) in their wallets. Cui Bono?

Show me that there has been an increase in the number of boneheads.  Show me the data that the base rate of boneheads has grown from 5% to more than 8% and then I will nod my head when you tell me America is coming apart at the seams.
Posted by Eaton Rapids Joe at 3:01 PM