The Noise of Evil 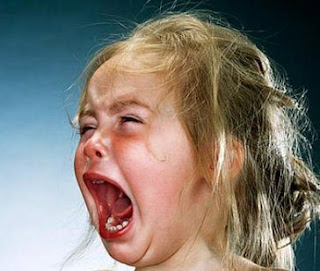 Have you ever noticed that the only adult who can smile at Chuck E. Cheese is the older gentleman shown in the next photo?
He is probably about sixty-eight or seventy.  He is wearing hearing aids.  They are turned "OFF".

Noise is different than sound
Sound is acoustical energy.  It is often run through filters called dBa, or dBb or dBc to mimic how the human "ear" weights acoustical energy of various frequencies.  Beethoven's Ninth Symphony, Pink Floyd, (c)Rap music....all are sound.

"Noise" is sound that the listener finds objectionable.  Sometime noise is in the ear of the beholder.  I like Pink Floyd and Dire Straits but hate (c)Rap music.  My dad hates both.  One of Kubota's friends, Wild Willie, enjoys both.

There are some sounds that are always perceived as noise.

Joseph Bavonese once worked with the psychometrics of noise.  He determined that rapid rise times are fatiguing.  I suspect that is because it automatically triggers our fight-or-flight response.  A breaking twig...might have to fend off a sabre-tooth tiger.

But there is more to it than that.

We are hardwired to pay attention to children, so let's start by looking at the voice of a single child.

The lowest tone is quite high.  There is very little noise polluting below that.  The four lowest tones have near-equal power.  Harmonics 1, 2 and 4 show fade.  Harmonic three and five show some growth.

Now let's look at a happy sound, one that does not trigger out alarm responses.  Let's look at the spectrogram a laughing child. 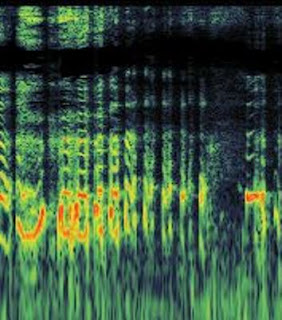 Fuzzier harmonics.  But what is notable is that the harmonics form "smiles" or are "U" shaped.

Note that there are lots of fast rise-times when the sound goes from virtually nothing (black) to high power (red in the trace).  But most people are not alarmed by laughter. 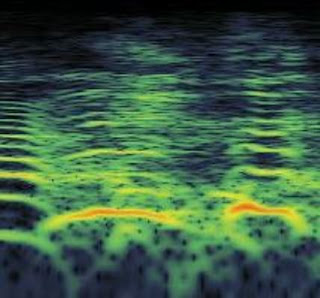 The shriek is almost the opposite of the laugh.  It starts with vocalization and then the vocal cords first tighten, then relax.  The periods are longer.  More lung capacity is expelled with each vocalization.

The tones remain muddy, probably due because the sound is always in transition and transients from initiation never have a chance to dampen out.

A test case, the Evil Laugh
Evil Laughter makes us uneasy.  What do you suppose it looks like? 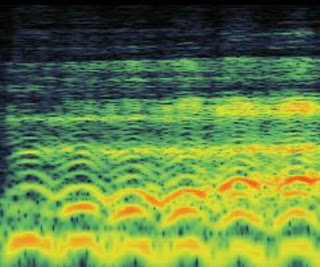 Sure enough.  Short vocalizations but the tones are upside-down smiles.

It is creepy because it is not coherent.  One part of the vocalization is a "laugh" but the tone shaping-through-time looks like a "shriek".  That causes dissonance in our brains.

Bottom line
You might be able to take the edge off the shrieking kiddies at Chuck E. Cheese by tuning out the treble but it will be a while before the logic in your hearing aid can recognize "shrieks" and block them out.