"Agency" seems to be a trending word.

"Agency" refers to the concept that as humans we are pilots of our own destiny. 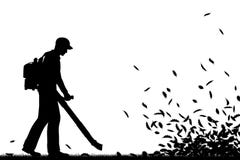 Sounds great, doesn't it.  We are not leaves being driven before the storm, whirled and whelmed by the whims of man and nature.  We have control over outcomes...or if not control then strong influence.

Victimhood
Victimhood is the opposite of Agency.

I recognize that there are victims just as there are predators.

Some people do not have the mental horsepower to read, to anticipate future events or formulate a path to success over time.  These are the people who smoke when gassing up their car, have unprotected sex and drive on bald tires.

Sadly, there seems to be a cult of victimhood where people strive to for the label of "victim".

Choice
Advocates of Agency contend that many victims are victims-by-choice.

As a parent, I remember telling my kids, "We do not give out medals to victims."  The point was that if a kid did not like an outcome then they needed to change the behaviors that led to that outcome.  If you don't want to get an F then maybe you should change how you study.

Passive spectator
For the most part, being a spectator does not create Agency.

That football fan hollering at his TV set has little influence on the outcome of the game.  Bitching about politics does not change outcomes.

Agency is risky
"What if I try my best and still fail?"
What are some of the questions we ask our kids when they "fail"?
Experiences are only failures when we live in a world of absolute black-and-white.  Reread the comment about formulating a path to success over time. 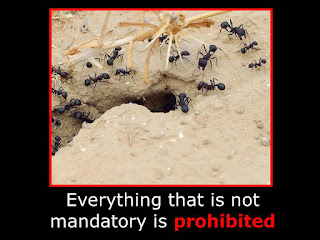 Some of those folks who are stuck in the world of absolute black-and-white retreat to the comfort of hive-think.

Morality
Philosophically, the choices that give us the most agency are the most moral choices.

Moral accountability weakens when our families are held hostage and we are coerced or bribed to act in immoral ways.

That is one reason why conservatives strongly dislike most forms of debt.  It holds our children hostage.  It should be obvious that some debt, like a loan to start a business or learn a salable skill, increase agency and is therefore "good" debt.

Loss of agency is also why conservatives resist the "Nanny State".

Christian Morality
What does the New Testament say about "agency" vs. "hive-think"?

“I have come to set the earth on fire, and how I wish it were already blazing!  There is a baptism with which I must be baptized, and how great is my anguish until it is accomplished! Do you think that I have come to establish peace on the earth? No, I tell you, but rather division. From now on a household of five will be divided, three against two and two against three; a father will be divided against his son and a son against his father, a mother against her daughter and a daughter against her mother, a mother-in-law against her daughter-in-law and a daughter-in-law against her mother-in-law.”   Luke 12:49-53

Posted by Eaton Rapids Joe at 9:43 AM