Lack of definition
The term, "White Male Privilege" is a poorly defined concept.  It is similar to asking for "a tool".

Depending on who you are talking to, the word "tool" paints wildly different images in their heads.
To some people it might be a press line filled with 600 ton* behemoths.**
To other people it might be a micrometer or a wrench, a hammer or a computer program or the photo mask for an integrated circuit.

To still others, the word "tool" denotes a non-sentient human used as a ballistic missile.

Because tools are tangible it is relatively easy to sort through those preconceptions and find a rational starting point for a discussion.

We are not so lucky with concepts like "White Male Privilege".  The term means pretty much whatever the debater wants it to mean...a meaning that can change minute-by-minute.

Tribal Bonding
This level of definition is good enough for tribal bonding and there is no reason to improve it if that is all you need it for.

Imagine two tribes facing each other.  One tribe is banging the butts of their spears into the ground shouting "Oo, Oo, Oo..." in time to the banging of spears.

In case you still have doubts
Consider the two following statements, both made by ardent supporters of the concept "White, Male Privilege":
How can one thing be both?

Empathy
People who have been injured are angry.  As victims, they often claim to have greater insights (probably true) and rights (debatable) than non-victims.  Many times, in the heat of passion, they will deny everybody else's legitimacy.  Their victimhood gives them the only valid authority.

Most people prefer to avoid conflict.  Conflict is rarely cost effective.  They don't call "Boozit".  That would disbar them from their tribe.  It is easier to feign empathy.

The irony is that we have all been injured regardless of our tribe.  We are all victims.  And we all have deep emotional investment in others who have been victims.  We can all testify with authority.

If by...
If by "White Male Privilege" you mean Original Sin that applies only to White Males and from which there is no path to salvation through all of eternity...then I will fail the Tyler Cowen Challenge.  I cannot accept that definition.

If by "White Male Privilege" you mean that I am blessed to be in a demographic whose parents are statistically more likely to be married and stay married than most other demographics...then I agree.

If by "White Male Privilege" you mean that I have an advantage when taking standardized tests because the English that my parents spoke at home was more grammatically correct than non-white families...then I agree.

If by "White Male Privilege" you mean that society values consistent grammar and spelling because it is handy way to screw people-of-color...then I disagree.  Miscommunication is expensive, sometimes fatal.  Conventional grammar has the property of being holographic.  Its internal consistencies provides checks against error and missing portions can be safely inferred (like a knitted pattern) based on the tense, gender, passivity etc. of what was received.

If by "White Male Privilege" you mean that I belong to a sub-culture that values academic achievement...then I agree. 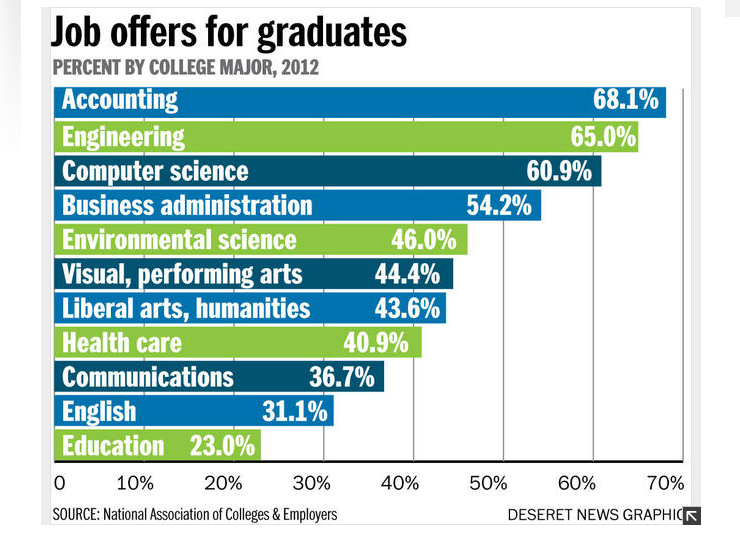 If by "White Male Privilege" you mean I am statistically more likely to gravitate toward college degrees that offer more job offers-per-graduate and higher starting pay then I agree.

If by "White Male Privilege" you mean I receive preferential job assignments because I belong to a sub-population that is less likely to take time off for child-bearing and rearing...then I agree.  Some assignments, many of them critical and high visibility, cannot tolerate changes in key players in mid-stream.

If by "White Male Privilege" you mean that some males have their way made smooth for them because they went to the "right" schools and joined the "right" fraternities...then I agree.  But as somebody who went to a community college and then commuted by bus to generic state university...I am probably not one of those white men.

If by "White Male Privilege" that I am less likely to be a victim of homicide than a person-of-color...then I agree.


Summary
If by "White Male Privilege" you mean that many...maybe even most...of the factors that made me successful were not under my control...I must agree.

If by "White Male Privilege" you mean that I bear a stain of guilt so heinous it cannot be shriven simply because I lucked into success, then you are throwing away much of what makes Western Culture great.  You are setting a precedent that people can be held accountable and punished for events they have no control over.  And I must disagree.

*Metal presses are rated by the force they generate, not their weight.  A 600 ton press can generate 1,200,000 pounds of force, twenty times a minute, twenty-four hours a day for five years straight.  A 600 ton press is not all that big but larger ones are usually contained in sound-suppressing enclosures so they are difficult to get images of.  Those enclosures also contain any shrapnel that flies around when metal parts fracture.

**Apologies to the industrial accountants.  In their world, production equipment that is specific to a product, i.e. it touches the product that is shipped, is a tool.  If it holds the tool and services multiple products then it is capital expenditures.  I am a simple guy.  To me it is all "tools".
Posted by Eaton Rapids Joe at 8:53 AM