I used to work near downtown Lansing.  On pleasant spring days it was possible to flex my start/quit time and take a one hour lunch.  Few things are finer than a stroll on a spring day.

One day, while crossing over from the River Trail to my place of work I heard a woman berating "her man".  He was on the front steps, face buried in his hands, elbows-on-knees.  He was mute; defenseless.

His woman was not.  She was verbally flogging him.

The accusation that I heard, repeatedly and at high volume, was that he had slipped next door and "...done The Wild Thang..." with the neighbor.  The woman did not go into much detail about what The Wild Thang entailed, but it was clearly a proper noun.


The Wild Thang clearly is not wild.  Looking at wild animals, they are physically incapable of coitus except when the female is "in heat".  That is, The Wild Thang is reserved  solely for procreation.  The Wild Thang, in the wild, is not a recreational activity.

Most animals are only capable of "doing it" a few times of year.  Even tropical areas are vulnerable to monsoon cycles and females that squander their reproductive bets by producing offspring during non-optimal times will fail the biological imperative.  Their line will be displaced by females who come into heat such that their young hit the ground during the historic sweet-spot.

Since all females are synchronized to the same  cues (often day-length) they all become receptive at the same time.  Naturally, the males become distracted and become less aware of other environmental factors.  For deer, this periods is known as "the rut".

Outside of the rut, most male animals show little use or affection for females of their species.


Human beings are altricial (slow maturing) in the extreme.  It takes decades for humans to be able to fend for themselves on their own.

Rather than a flaw, the enforce period under parental care provides a long time to pass our cultural heritage, our technology, to the next generation.

Consider that if young humans could "leave the nest" at age five that there would be a cap, or a ceiling on the amount of technology that humans could acquire.  The short period that children would apprentice with their parents would necessarily limit the amount of information that could be retained generation-after-generation.


Humans would have stalled out as a species if not for the fact that we can engage in recreation "The Wild Thang" and our long, stalled adolescence. 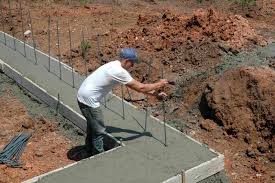 A social engineer might study one of these factors and decide that it requires intervention.  They might decide that the long period of dependency is an inconvenience, perhaps even a hazard, like a piece of rebar that juts out and might bark a shin or poke an eye.

The human population is in a constant state of construction as old geezers die off and the young develop their potential and take their rightful places in the human economy.  Demanding that all jutting rebar be cut off....before the concrete is poured....is lunacy.

In fact, much of the recent social engineering has been a systemic effort to neutralize the importance of "Dad".

Dad becomes critical when raising multiple youth over a period of decades.  A committed, fiercely protective male partner is absolutely critical to the venture.

And "The Wild Thang" is the sticky stuff on the duct tape that holds Mom and Dad together.

Casual, responsibility sex is like attempting to use and reuse that piece of duct tape.  The sticky stuff becomes less tacky with each use, no matter how clinical and sterile the application and removal. Why should dad be fiercely protective and willing to make sacrifices when sex is a commodity as common as bottled water?

Western culture evolved a set of norms that enshrine "The Wild Thang" in the sacrament of matrimony.  It is not because a priesthood developed a business model that found a way harness our sex drive to create a revenue stream.  It is because the earliest proto-villages and families that had the nuclear family as the core element out-performed the hippy-commune model.

"The Wild Thang" is a civilized and sacred thing.  It is the mortar that holds our culture together.  Walls can be made without mortar, but they are far more vulnerable to shocks and the viscissitudes of time.