The first thing I noticed were the lamps.  The sign announcing the yard sale was small and inconspicuous. 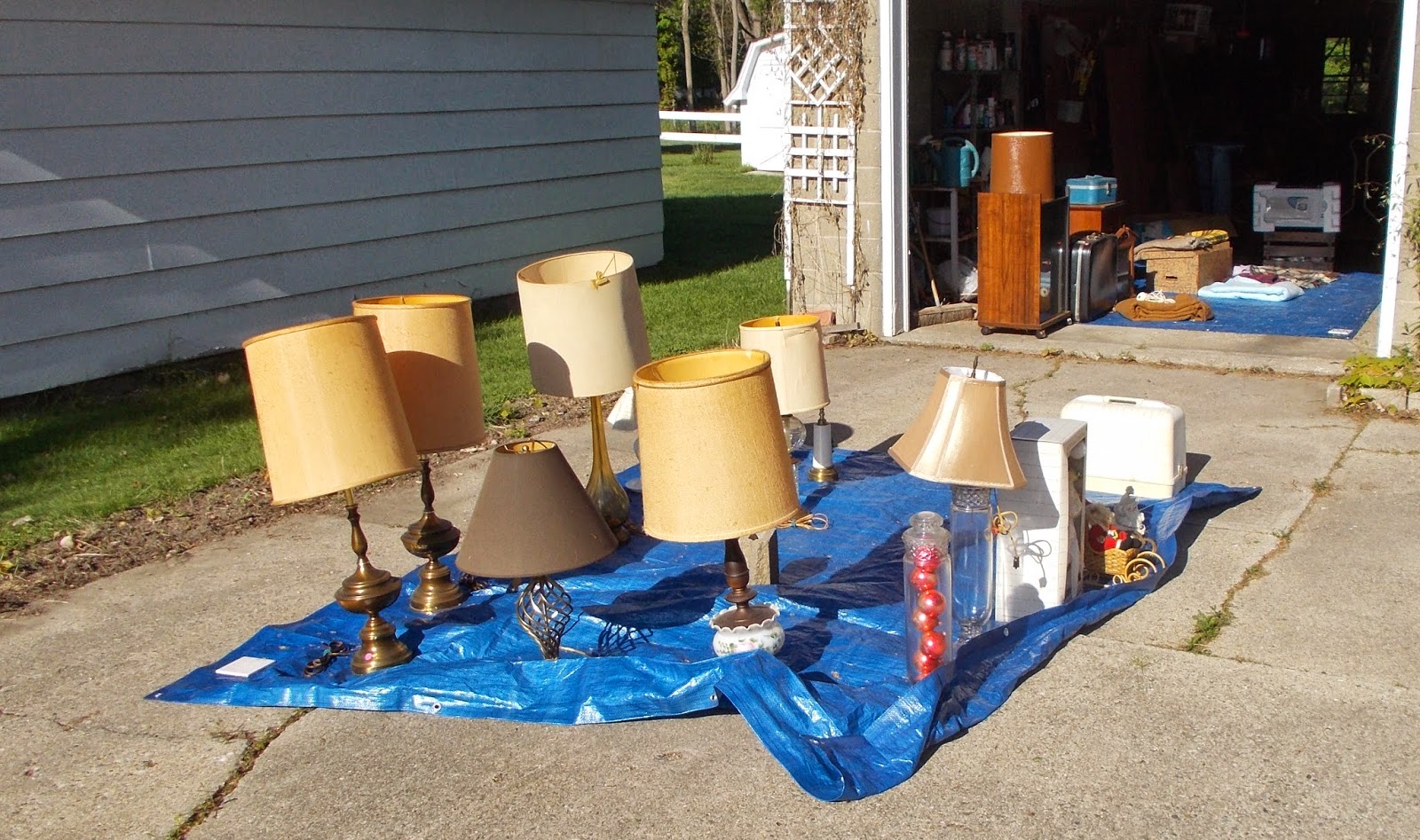 His mother had died at the age of 97 and his job, for the last five years, had been to look after her 24/7.

It is likely that her eyesight had been failing.  But of course, it was because the lamp was inadequate.  David bought many lamps.  As a lamp would sell he would go into the attic and pull out another for display.

The second thing I noticed was the hat. 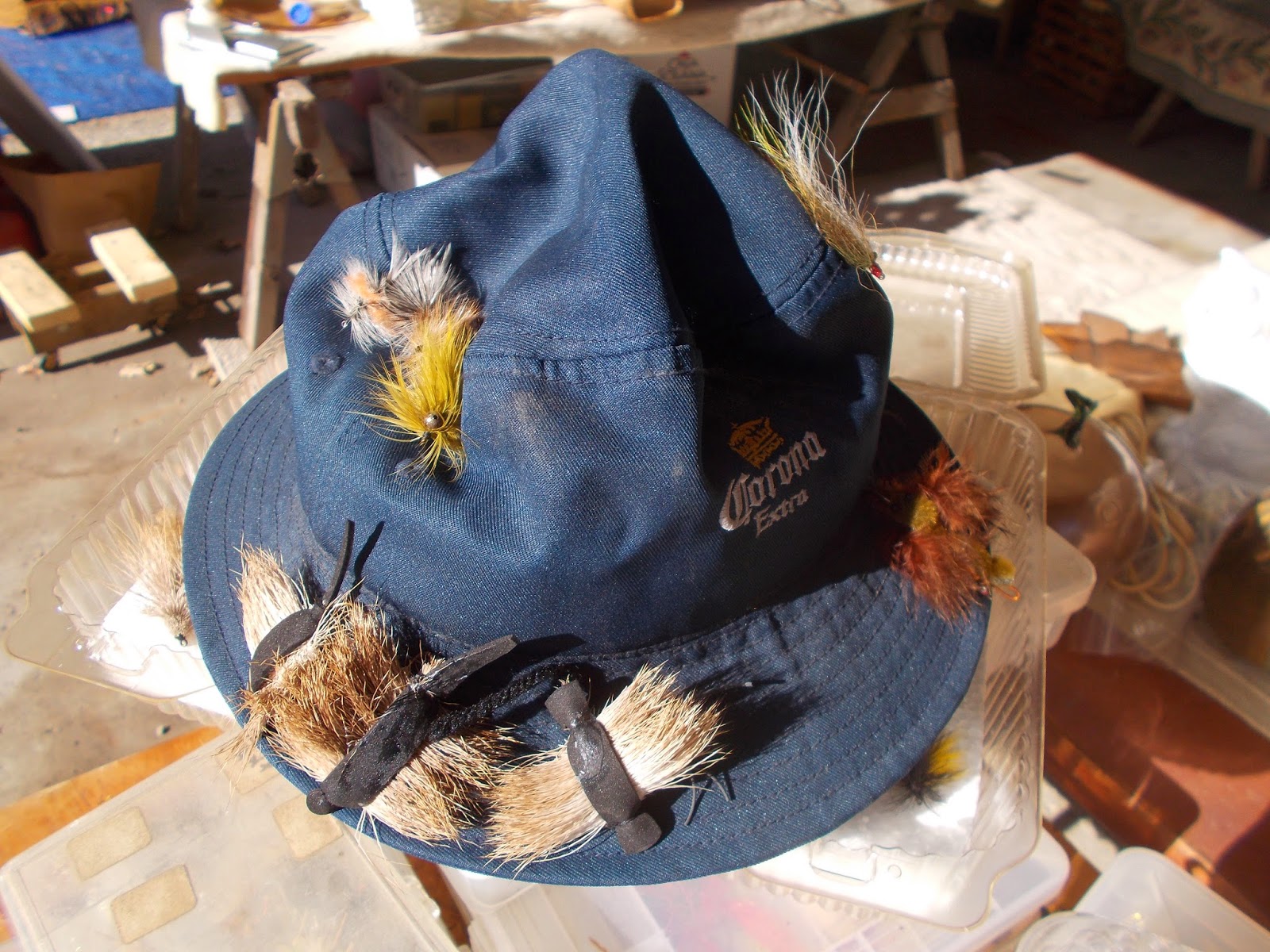 I commented on it.  David said he was a fisherman and tied flies.  He was looking forward to catching up on his fishing, now that Mom was gone.

He pointed toward the garage. 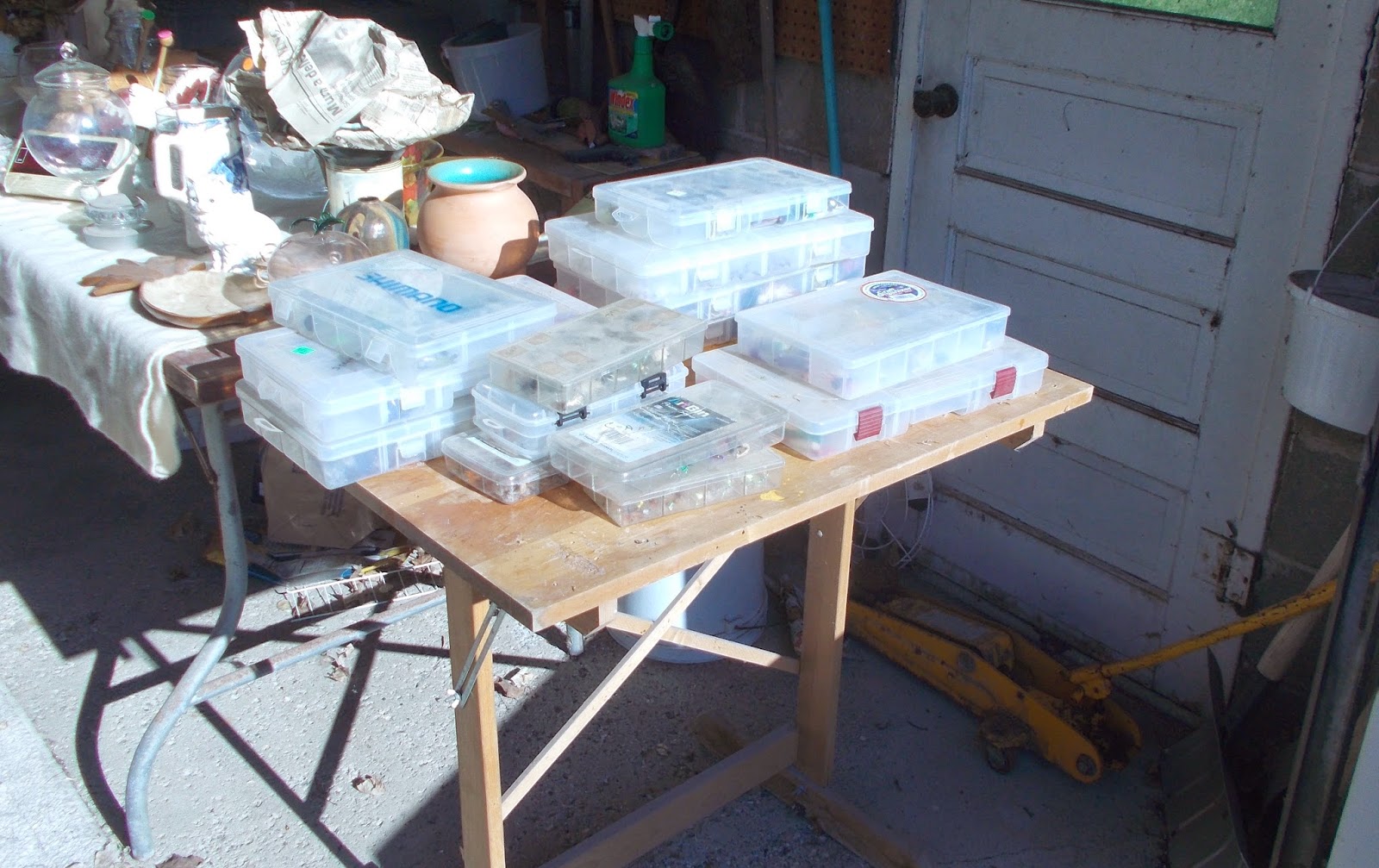 "I've got a bunch more of those boxes downstairs if you like what you see." he said.

I opened the first box. 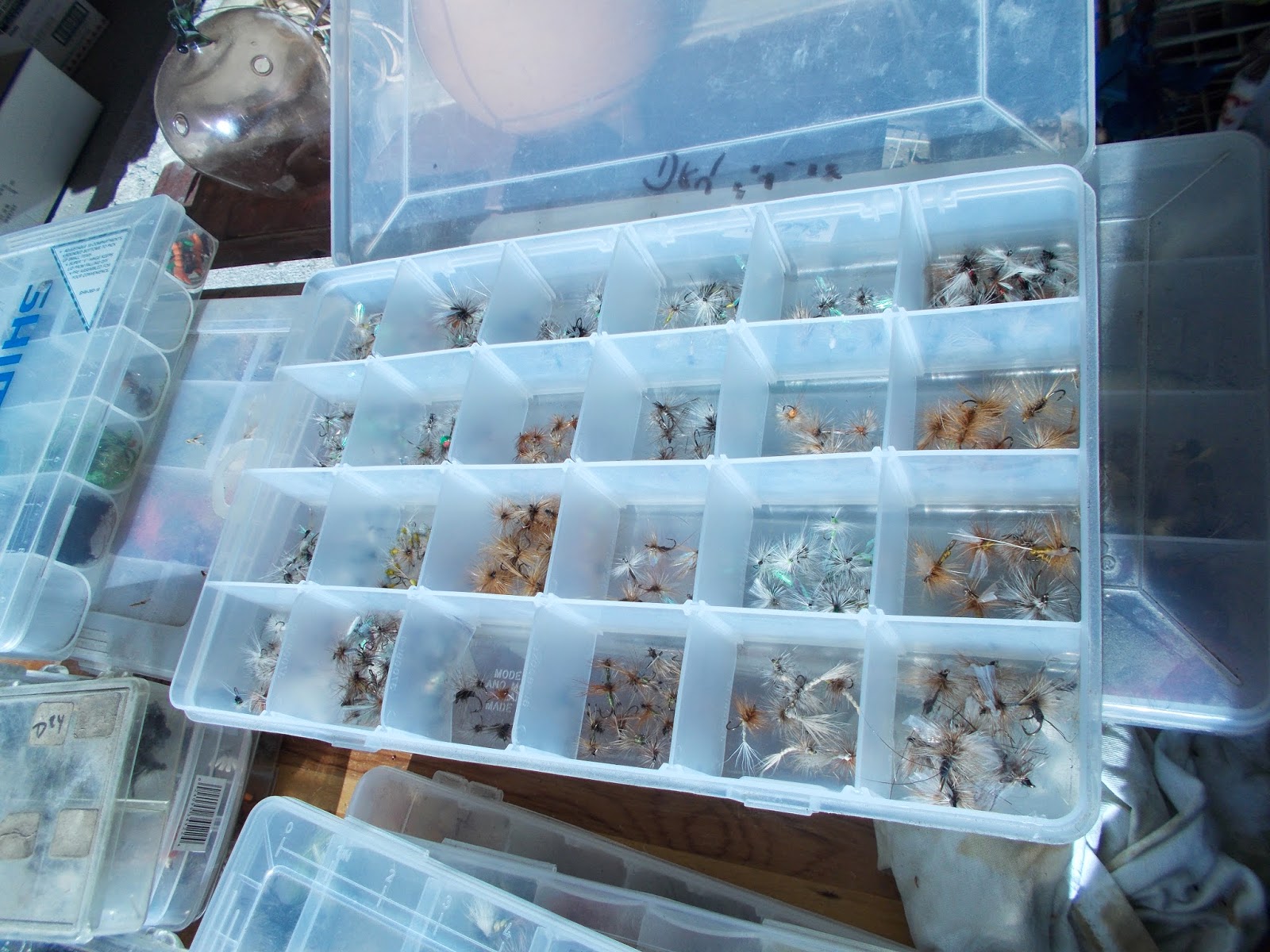 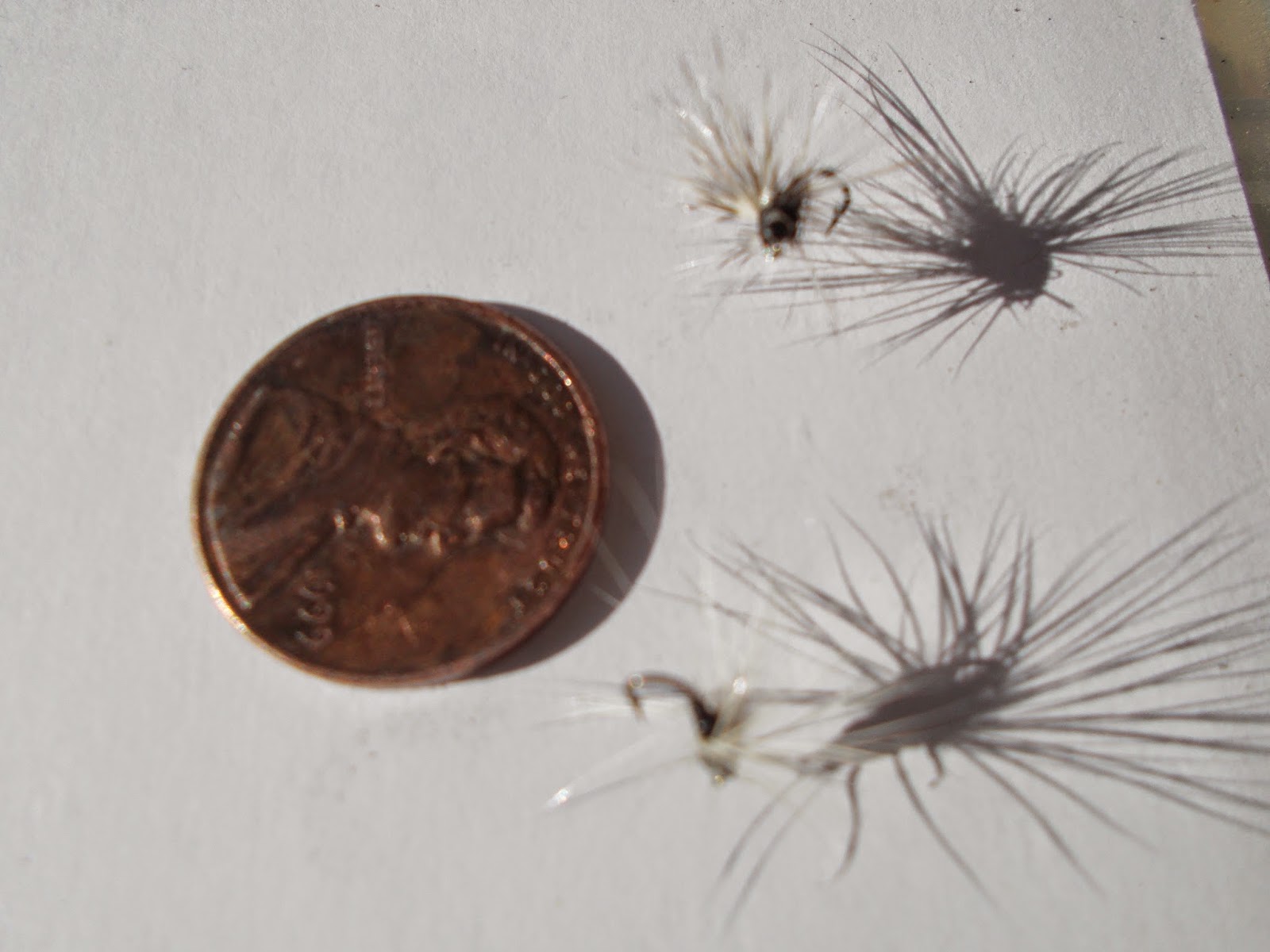 "Yup" he said, "I got hundreds more of them.  Mom kind of lost track of time.  She would ask me to run downtown and fetch something every hour-and-a-half or two.  It was kind of frustrating.  I tied these flies to keep myself sane.  Sometimes I would only have time to finish one fly.  Sometimes I could not sleep and might tie flies for six hours straight."


It was a crime, the price he was asking.  I asked him if I could post these pictures and his contact information on my blog.  He said he did not mind.  David is not a spring chicken and does not know the value of those flies.  I hope a reader out there will pay him way more than the twenty-five cents a fly he was asking.

Tell him "Joe" sent you.